Pixeljunk's next title - codenamed "1-6" - is heading to PC next year, developer Q-Games has revealed. The studio has spoken about the project and has released a debut gameplay screen. Check it out below.

Kotaku reports that the codename marks Q-Games' 6th Pixeljunk's game, and that the studio will be opening a comprehensive dev blog for the project that will give a rare inside look at how studios operate. The blog isn't currently active but we'll report it when it appears.

In an official statement, Q-Games head Dylan Cuthbert said, “We’ve decided to reveal all in our new exciting blog about our next PixelJunk title. You’ll see how feature ideas seemingly materialize out of thin air and which ones make the cut.”

Lead designer Rowan Parker added, “People will see what an indie studio looks like completely exposed to the wind. PixelJunk fans are welcome to jump in and comment on what they like most, to help shape the course of PixelJunk 1-6." 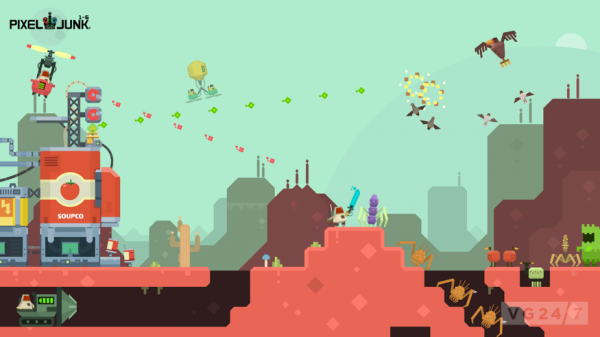