Pokemon fever continues as Nintendo's rather lovely (and yellow) Pikachu 3DS XL console has been announced for sale in Chile. The news provides gamers with hope that an American and European release won't be too far off.

Nintendo's Chilean supplier JVLat supported the event and even made a surprise announcement regarding sale of the Pikachu 3DS XL model in the region.

Here's a photo of the announcement: 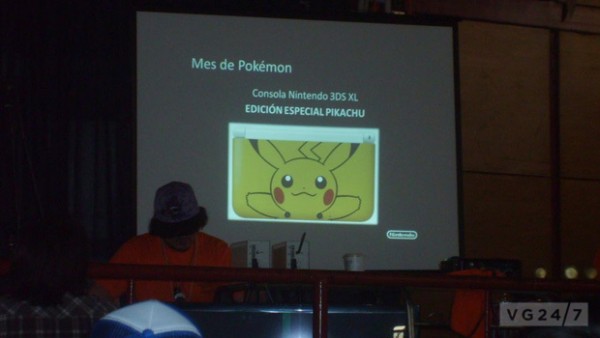 Why is this awesome? Well, Boney clarified that Chilean Nintendo consoles are identical to their American counterparts - English language and all - so this suggests that there is now nothing stopping Nintendo of American from releasing the console across the States.

We'll keep our ears to the ground for more information on a US release of the console. If you're excited you can look at images of the console here.