Phoenix Wright: Dual Destinies brings Capcom's legal hijinx into the 3D age. VG247's Dave Cook gets his hands on final code and speaks with producer Motohide Eshiro to see if it's a solid entry to the series. 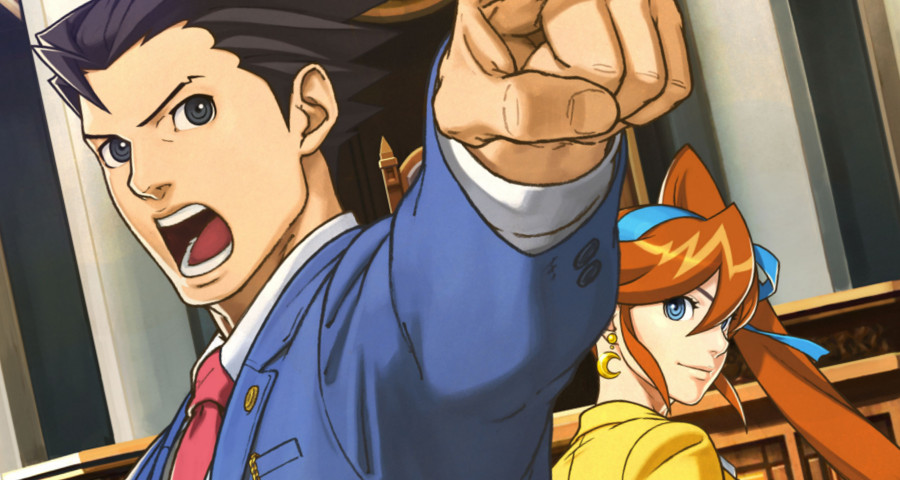 "The 3D character models lend the crazy cast much more personality than ever before, the jokes still have that cornball charm to them and hearing Wright yell “Objection!” is forever a treat.”

The notion of a game that cast players as a hot-shot lawyer sounded both intriguing and ridiculous when word of Gyakuten Saiban first came out of Japan in 2001. The Game Boy Advance original presented a curious blend of puzzle and adventure mechanics in a visual novel format that felt fresh at the time. There was nothing quite like it but Eastern gamers responded well to the concept, and five years later, Capcom brought the title to the West as Phoenix Wright: Ace Attorney. I bought it at launch.

I'm not particularly fond of watching courtroom dramas and 'whodunnit?' cop shows on TV. I find them quite dry. But like many of you out there, I'm a sucker for a good old plot twist or reveal. Ace Attorney certainly had a way of holding your attention with well-written - if not occasionally implausible - mysteries that kept you guessing until the end of each fierce court showdown. It was the promise of a dynamite reveal that kept many of us pressing onward through the sheer madness of each chapter. The vibrant cast helped too. It's also worth remembering the bizarre case that saw Wright cross-examining a parrot in the stand.

But what would a Phoenix Wright game be without its rogue's gallery of twisted, eccentric and borderline psychotic suspects? When courtroom tension mounted, you were always guaranteed to see bulging eyeballs, flailing limbs and the ranting of guilty parties as they realised their goose was cooked. It's a funny series that has captivated many gamers over the years, and it expertly dispels the grey suited, jargon-heavy reality of the legal world. After a five year absence in the West, that blend of the weird and litigious is back in Phoenix Wright: Dual Destinies on 3DS.

"Dual Destinies features a very dramatic story," producer Motohide Eshiro told me in an email interview. "[It] sees the return of Phoenix Wright as a lawyer, a slightly older and more mature Apollo Justice, and introduces a young new lawyer by the name of Athena Cykes as they fight for justice in the dark age of the law. While this premise may sound very serious, this game fully retains the style, humour and outrageous characters players have come to expect and love about the Ace Attorney series, so I believe that it’s a game anyone can pick up and enjoy."

Eshiro isn't wrong, as Dual Destinies is a darker game than its predecessors. It opens with a courtroom full of jurors and staff fleeing for their lives as a ticking time bomb erupts behind them. The incendiary device can be considered a metaphorical attack on the legal system itself which, in this game, is turning rotten at the core. The blast also destroys something that both Wright and Justice stand for in a world that allows convicted murderer-slash-lawyer - and the game's antagonist - Simon Blackquill to continue defending clients. It's still a fun and colourful experience, but if anything, this new layer of drama only drives the experience further. I welcomed its murkier hue. 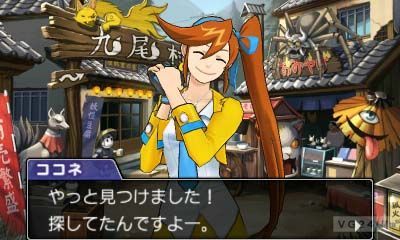 Justice himself is injured in the blast and spends a lot of time moping around for reasons unknown. As the chapters switch control between both lawyers you start to piece together exactly what is going on inside their heads. It's a deeper, more personal tale that places new assistant Athena as a superb comic foil to the oft-stoic leads. She's a master of psychology, despite suffering a gamut of violent mood swings during each scene. Her expertise also gives rise to Dual Destinies' new 'Mood Matrix' examination mechanic.

"The new Mood Matrix system allows players to view a witness’s testimony and their emotions, and compare the two for inconsistencies," Eshiro explained. "Once players find one, they can inquire about it to draw out new evidence or testimony. This system is a first in that we’ve never dealt directly with witnesses’ emotions before, so this brings a new and very different feel to the courtroom."

The idea is that Athena can track the emotions of a witness using her pal Widget. It's a weird emoticon necklace that broadcasts her deepest thoughts at the most unfortunate times, much to the chagrin of the bearded judge and opposing lawyers. You can listen to a witnesses' heart while they give their testimony. If they're describing something that should have made them afraid, but the Mood Matrix displays feelings of joy, then players can press them further to expose weaknesses in the story.

It's a neat system that is served up alongside Apollo's ability to see nervous twitches whenever a person is lying, and the Psyche-Lock mechanic from previous titles. The evidence-gathering phase is also presented in 3D locations, meaning that players can switch perspective on a crime scene to uncover hidden areas of interest. Not only does it look slick on the 3DS screen, it also adds another new layer of investigation to each chapter. If anything, this cocktail of tools and tricks compiled from across the series makes for many tricky puzzles, and I'll admit to being completely stumped during some of the court showdowns. 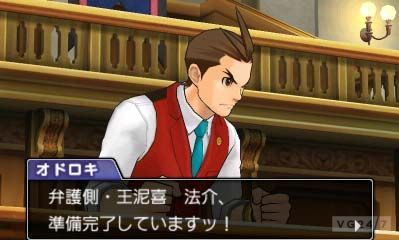 I suspect that my inability to remember facts and clues throughout the insanity of each battle hasn't improved since the original game. Back then, there were times I would just sit at the Nintendo DS screen, shuffling through items in the court record and simply failing to see whatever it was the game wanted me to see. That hasn't changed here, and I think the audacious nature of some solutions means you do have to let your imagination run wild a little but further to come up with the right answers. That's just me however, and I appreciate that some of you out there will be able to work these cases out much faster than I did.

Phoenix Wright: Dual Destinies certainly isn't short on crazy murder plots and mysteries, so the series' identity certainly hasn't been smothered by the game's darker edge. There were moments where I felt the investigation phase went on too long, and I desperately wanted to skip the chatter to proceed with the courtroom showdown. That's when I remembered that these games are meant to be visual novels, rather than your standard twitch games. I've been away from the series for some time but it all started coming back to me eventually. You can quite happily kick back and take this game at a leisurely pace.

I haven't finished the game yet, but I'd definitely recommend it if you're a fan of previous instalments or if you appreciate adventure titles and murder mysteries. The 3D character models also lend the crazy cast much more personality than ever before, the jokes still have that cornball charm to them and hearing Wright yell "Objection!" is forever a treat. But one thing still bothered me; are there any cross-examinations as utterly insane as 'that' parrot scene? Over to you Eshiro:

"I don’t want to spoil anything before the game is released," he replied, "so I hesitate to give you any specifics, but I will say that we have a lot of very unique and, as you said, 'crazy' characters this time around who can give the parrot a run for its money."