If you go full Sam Porter Bridges and chug Monster out of a canteen, construct a hermetically sealed bunker to filter out all distractions, then invest in a new set of bionic eyes, you only need to take a full week off work to burn through a single playthrough of Persona 5. Make it two weeks if you want to sleep.

When the base game already clocks in as a part-time job, Persona 5, but longer, doesn’t seem like the most compelling concept. However, with Persona 5 Royal, it’s not the new story beats which turn it into the definitive version of the Phantom Thieves’ adventure, it’s the new items and quality of life features that smooth out the rough edges of this cracking metaverse mystery. 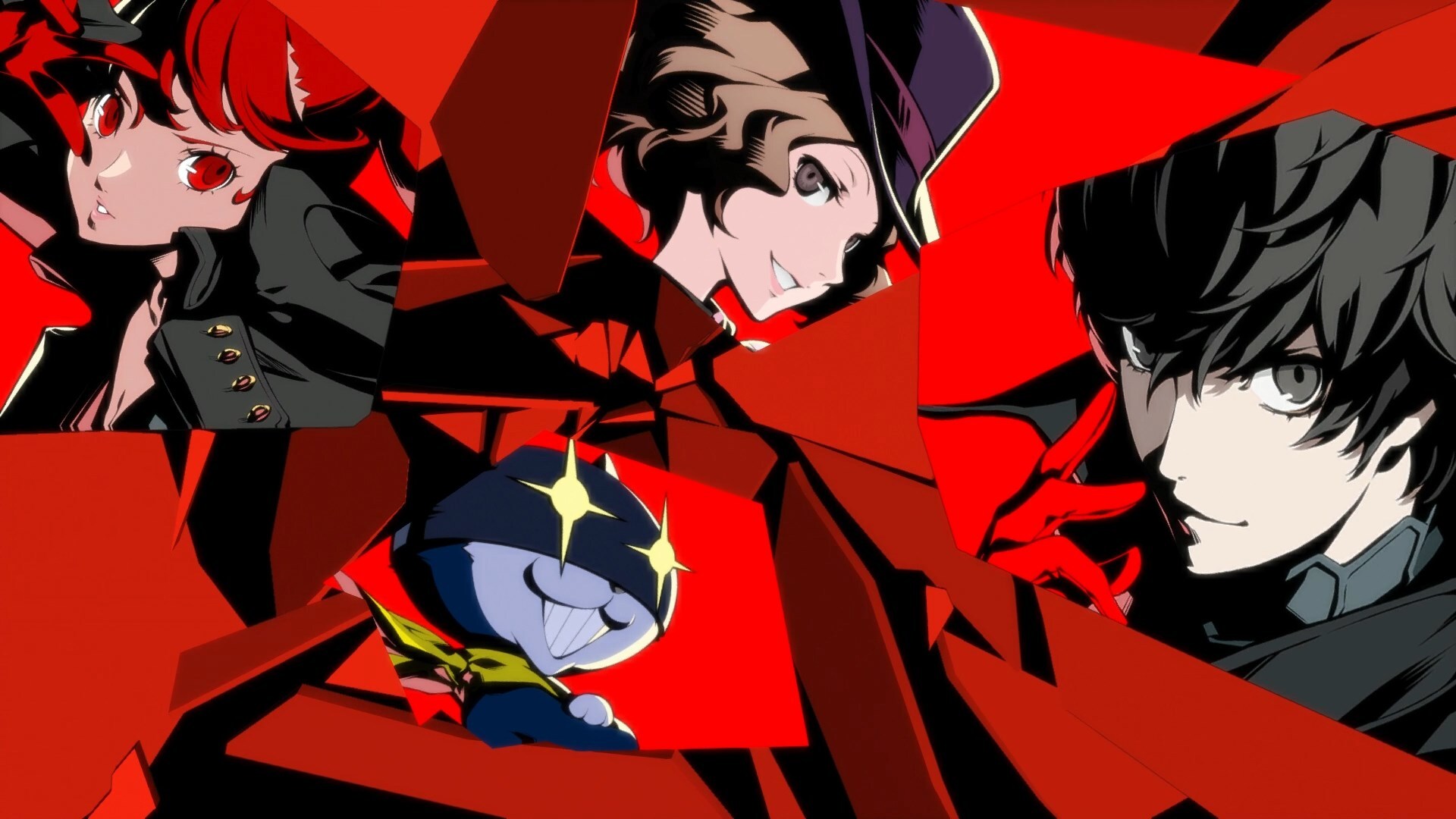 Get up, get out there

Persona 5 is brilliant. Using the power of their fighting personas, the Phantom Thieves change the personality of bad people by stealing treasures - representations of the person’s warped desires - from their mind palace in a shadowy alternate dimension, the Metaverse.

From the first twang of the anime intro’s bassline, it’s clear few other games have the same urbane swagger and effortless cool. It’s like an embodiment of high-school daydreams where you move to Japan, explore a new city, and go on kickass adventures - but it’s not perfect.

Most of my problems with Persona 5 are to do with the more tedious elements of its dungeons, and the repetitive guessing game of its combat system.

Persona 5’s story is split up into days, where you can only complete a certain number of actions before the clock advances. This means you have to squeeze exploring Tokyo, making friends, crafting items, and trawling dungeons into a limited amount of time, so you often have to be brutal with your choices.

It’s annoying when main story dungeons stretch out over multiple days because you run out of SP - the energy you use to power your persona’s abilities. Luckily, this new edition goes some way towards eliminating this annoyance by dotting a new item called Will Seeds around dungeons.

They’re limited, hidden items which you can find a certain number of within every palace and they restore your SP. While the boost is small, this seems like a conscious effort on Atlus’ part to help players progress through dungeons more smoothly without just making them easier.

Outside of that, there’s a streamlined Thief Assist feature which makes it quicker to heal your party without trawling through multiple menus - and it’s stuff like that which adds up to a lot of dead time across a lengthy run.

It’s these changes - along with little tweaks like Morgana giving you better hints in the conversations you have with monsters to collect new personas - which make Persona 5 Royal a real improvement. 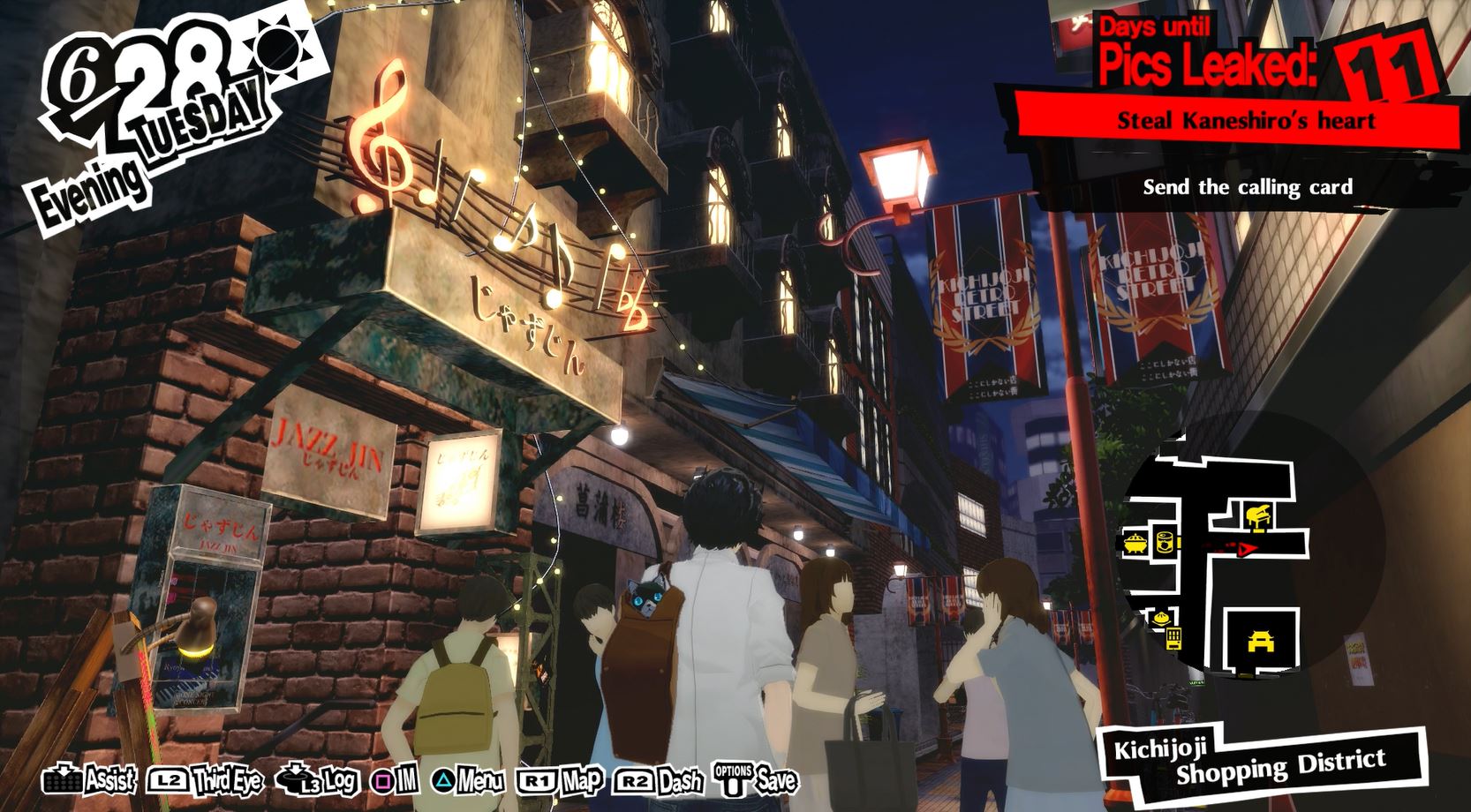 I understand those updates aren’t incredibly exciting. Persona 5 Royal’s real headline grabbers are the new character, Kasumi, and the extra area, Kichijoji, you can visit in your free time.

Kasumi is introduced relatively early on in the story and functions as a new arcana social link. From what we’ve seen, her story is as charming as the rest of them, but in the grand scheme of the wider game it’s still just one of more than 20 social links battling for your attention - especially if this is your first time playing.

As for Kichijoji, like Kasumi, it’s a small addition to the much larger whole, rather than something which will totally reinvent how you play. It’s a bit like the Shinjuku area. There are a few unique shops to find which sell new gifts for confidants, as well as some unique food items you have to visit at a certain time of day to snag.

Pretty quickly you’ll come across a new side quest for your school friend Mishima too, but the Darts Hall is the main draw. This is a unique activity where you can partner up in a darts tournament with another Phantom Thief. Playing together strengthens your teamwork, which improves the power of your Baton Pass ability with that character. Normally when one of your party scores a critical hit, they get an extra turn. The Baton Pass lets you give that turn to another character.

I always felt that the Baton Pass feature was under-utilised, so a way to buff it up is definitely welcome. And this again feels like a way to make Persona 5’s combat feel more fluid, by giving you more incentive to chain attacks with multiple team members together.

When you’re making such a time investment into a game, you want it to be the slickest experience possible. You don’t want hours of your life to tick away in menus, you don’t want to be wrestling with clunky systems, and you definitely don’t want to keep hitting artificial blocks which pad out an already mammoth runtime.

Judging by the tweaks we’ve seen so far in Persona 5 Royal, Atlus is looking in the right place when it comes to straightening out some of the wonkier aspects of the base game. If those adjustments can help push through some of the dungeon drudgery, while adding a few story tidbits for repeat offenders, then this really will be an essential upgrade. No Monster Energy or bionic eyeballs required.