Fortnite does not have an in-game market where players can trade items for money, so where else are they going to offload rare skins?

The answer is of course, eBay. Over the past few days, plenty of listings advertising Fortnite Twitch Prime skins started popping up on eBay.

Prices are typically between $1.50 and $5.0, and it looks like a lot of eBay's "top-rated sellers" are among those listing them. Plenty of sales were made, too, (via Kotaku), and there are lots of good reviews to go around.

All of them won't actually sell you a code for the items or anything like that. Instead, you'll be getting a new, Twitch Prime-enabled account that you can then link to your Fortnite account to get the goods. This will unlock the Twitch Prime pack, which contains two outfits, a glider and a back bling.

It definitely doesn't look like a scam, but as the site points out, it's actually very easy to set up a Twitch Prime trial account and get the goods. Anyone can sign up for a Twitch Prime trial using any ol' email address. You will need a valid credit card linked to an Amazon account, but you can use the same one with multiple accounts. 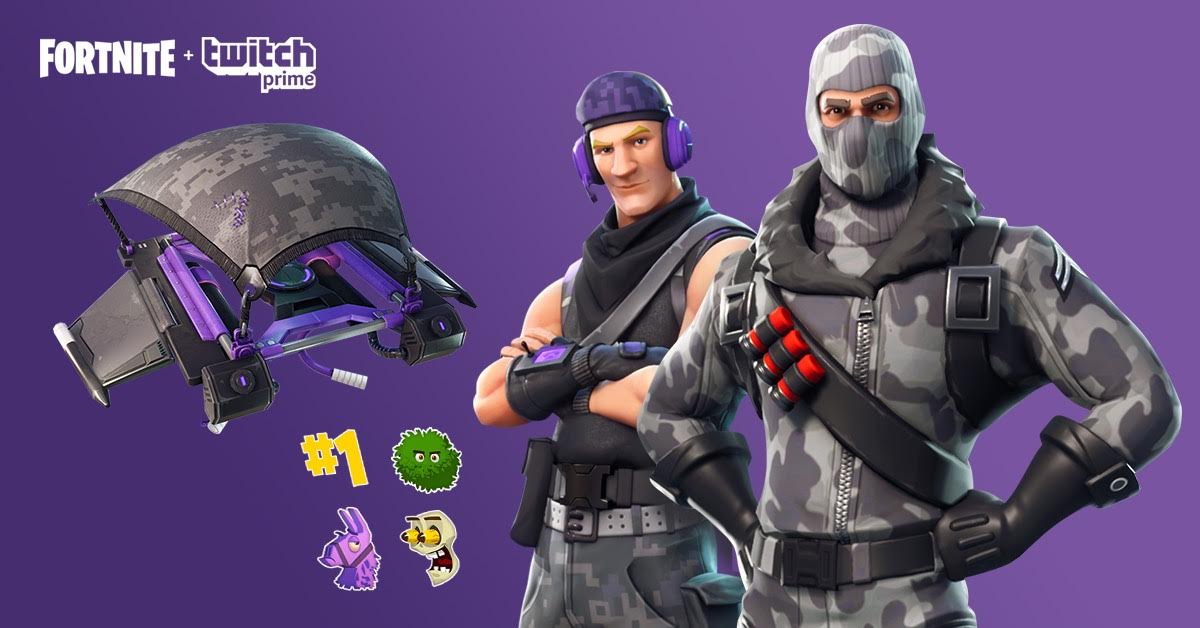 So that's probably where a lot of these come from. There's also the possibility that many are bot accounts, generated en masse for this exact purpose. This typically doesn't happen with other Twitch Prime rewards, but Fortnite is an exception.

The game's increasing popularity creates avenues for a black market like this to emerge. The same thing happened with PUBG's own Twitch Prime loot, only in that case, sellers listed then on Steam's marketplace, though admittedly for much higher prices.