Here's the set of patch notes for Destiny update 2.4.1 which goes over Economy changes, items which can now be acquired through Exotic Engrams, you can reclaim your Festival of the Lost Masks, and there have been some PvP issues addressed too. 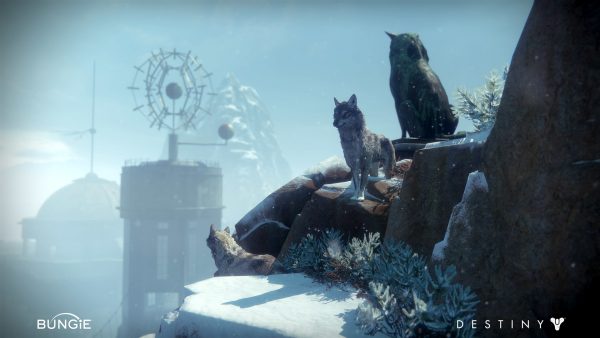 As promised, the Light cap will be raised to 400, and Archon’s Forge, the Heroic SIVA Strike playlist, and Legendary Engrams will now provide rewards up to 385 Light. Rare Engrams and the SIVA Strike Playlist will be dropping items with 365 Light.

With the game down now for updating to prepare for the Heroic Wrath of the Machine raid, have a read below at what to expect once you've finished patching your game.

Several items from 2015 events have been removed:

Vendors: Fixed an issue where uncommon Warlock Bonds were being sent to the Postmaster for recovery

Eververse: Reputation Boosters can now be purchased for Silver Dust as well as Silver

Weapons: Fixed an issue that caused Firefly to activate many, many more times than intended causing a crash

The following Exotic Armor no longer require Rise of Iron and can be acquired through Exotic Engrams:

Once the servers are back up, Wrath of the Machine Heroic mode will go live at 2pm PT/5pm ET/10pm UK to give everyone time to patch.