A lot of people played Overwatch's Uprising co-op mode, but very few of them managed to win on the highest difficulty. 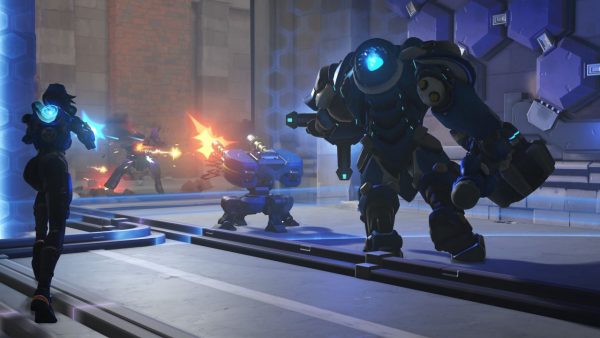 Overwatch's most recent in-game event, Uprising, has been the game's most successful yet, so let's view some of the interesting stats it produced.

Uprising included a co-op Brawl mode where a team of four faced off against Null Sector robots. Over 145 million matches were completed, with over 67 million victories for team Overwatch, and over 78 million for Null Sector.

Uprising's highest difficulty (for the story mode) had a very low win rate, less than 1%. Lower difficulties fared better, with the easiest having been finished the most. Times averaged 14 to 17 minutes across all four difficulties.

Interestingly, the highest number of Null Sector robots destroyed by a player in a single game came from PS4, with 2,360 destroyed. Xbox One followed closely with 2,155, and PC came last with 1,911.

The infographic, which you can see below, also revealed that over 815 million loot boxes were awarded during the event.

Uprising ran throughout April. Hopefully the next event, rumoured to take place on the game's first anniversary later this month, will bring us something equally as memorable.