The Junkertown map, located in the Australian Outback, is now live for Overwatch players to jump into.

Overwatch players can now team up on the map, which features the remains of a destroyed omnium scatter across Junkertown.

The escort map has been playable on the PTR since August, and is now available for PC, PS4 and Xbox One.

Along with the new map, some changes have been made to the arcade mode Mystery Heroes, and previously detailed changes to D.Va and Mercy in Overwatch have been applied.

Plenty of bugs have also been squashed, and you look over those in the full Overwatch patch notes, with developer commentary, below.

Mind, some of the notes haven't changed since the patch when live on the PTR. 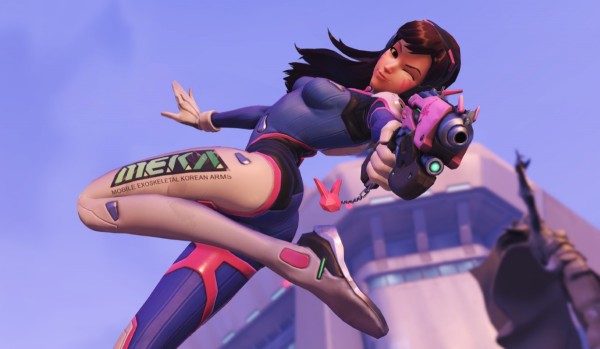 Developer Comments: D.Va’s Defense Matrix uptime has proven to be too strong, but simply reducing it without making other changes would make her too weak (and far less interesting to play). Instead, we’re adding a new ability and giving her the ability to fire while flying. These changes give D.Va new options while maintaining Defense Matrix’s ability to shut down big enemy attacks.

Developer Comments: While resurrecting downed allies is a core part of Mercy’s gameplay, the way her Ultimate functioned was causing a number of problems. It was frustrating to play against, and it incentivized Mercy players to hide away from important battles, instead of taking part in them. This version turns Resurrect into a single target ability. It’s still an important part of Mercy’s kit, but plays much better for both Mercy players and her enemies. Valkyrie, her new Ultimate, gives her the opportunity for big game-making plays and opens a number of new options for her.

Developer Comments: This change gives Reinhardt more situational awareness while using his shield, allowing him to keep an eye on the battlefield while still protecting his team.
A new “Movement Relative to Camera During Barrier Free Look” option can be found under Settings > Controls. Simply select “Reinhardt” from the dropdown menu. This allows players to change the way Reinhardt moves when Barrier Shield is active and players are controlling the third-person camera movement