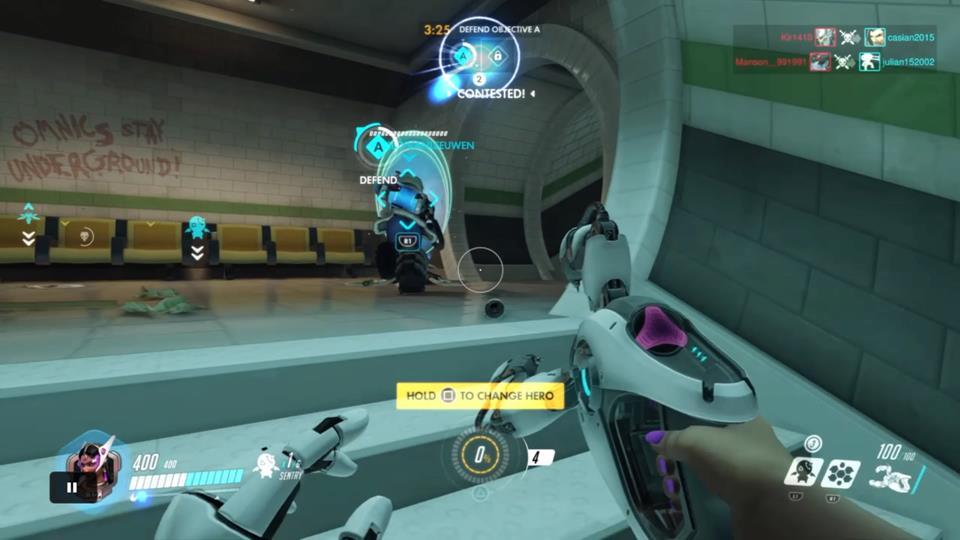 Overwatch support hero Symmetra is likely to receive a buff sometime in November.

That's according to game director Jeff Kaplan, who told Business Insider that Symmetra is one of the least-played characters as her specific abilities make her very situational.

"A character being that situational is not really desirable to us, so even though I can kind of justify why it happens, that doesn’t mean that I believe that it’s right. So Symmetra is a hero who’s on our list right now to take a good look at and really investigate," he said.

Although he wouldn't be drawn on specific changes the team are looking to make to Symmetra, he did indicate that any buffs would be significant.

"She is a hero we’d like to make some changes to. I think those changes wouldn’t see the light of day until November, though, because we want to do a bunch of internal testing," said Kaplan.

"It’s one thing when we do something [minor] — like, we have a change to Junkrat on the [Public Test Realm] where his Ultimate activates faster, but it’s a very incremental, safe change — whereas the type of changes we think need to happen to Symmetra require a lot more internal testing and discussion."