While the summer mess of video game announcements is happening all around us in lieu of a proper singular unifying physical event, one thing that hasn’t been materially impacted by the ongoing worldwide situation is the progressive upgrading of PC graphics. Sure, a combination of pandemic-caused supply chain issues and cryptocurrency dickheads has driven a supply shortage, but the rate at which Nvidia and AMD are upgrading and iterating on their technologies has not slowed - and that means it’s time for us to look at another all-new PC GPU.

This week, it’s the Nvidia GeForce RTX 3070 Ti, which follows on from our look last week at its bigger brother, the 3080 Ti. For the absolute beginner, here’s the basic primer: these are upgraded versions of the RTX 3070 and 3080 that were released last year, but don’t simply serve to replace those cards. Their slightly weaker predecessors will still be sold, but users now have a little more choice in the power stakes thanks to these handy middle steps between the other available cards.

Last week I described the 3080 Ti as a great card - but one with a hefty price not all would be willing to pay. The truth is that the 3080 vanilla is so good that it makes its bigger brother harder to justify for all but the most hardcore - it’s a 70% bump in price for a 10-15% bump in performance. The 3070 Ti, however, has no such problem. It’s a far more reasonable offering across the board - and I think it’s
likely to become a staple card, if not the most popular GPU of this generation - if the stock situation allows. 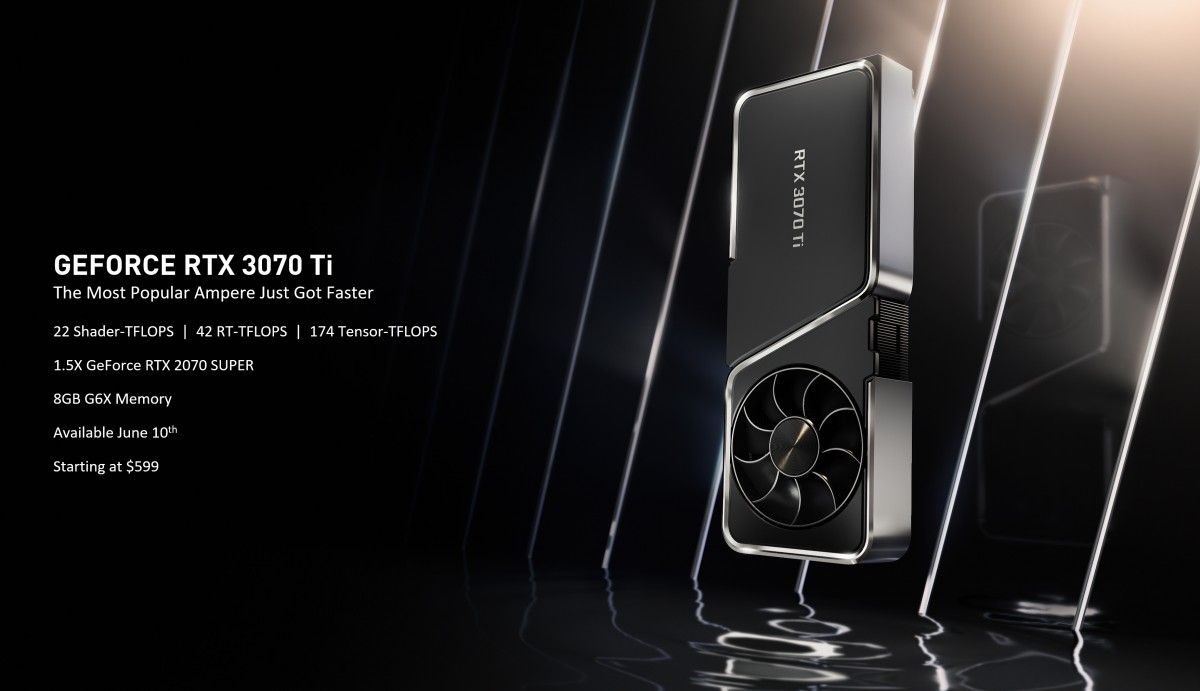 I realize that all of these prices are based on the Founders Edition cards from Nvidia at their RRP, and also of course acknowledge the incredibly awful stock and scalping situation right now. I know it’s going to be difficult to find cards at RRP. However, I live in hope the situation and prices will normalize, and also that some of you will be able to set up stock alerts and get lucky - so I base my conclusions here on the intended price, not inflated ones.

What do you get for that extra money? If you place the specs sheets of the pair side by side, the difference is relatively subtle. Both have 8GB memory, for instance, but the Ti uses the higher bandwidth GDDR6X memory, which is better. There’s small improvements to things like the number of CUDA cores, and it has a slightly higher power draw - but in general, the two are very closely related, far more so than the 3080 and its Ti. With that said, this modest bump translates to a fairly decent boost in games.

We can get into individual tests, but in general the RTX 3070 Ti returned very consistent results, with practically every game we tested running up to 10% faster than on the vanilla 3070. 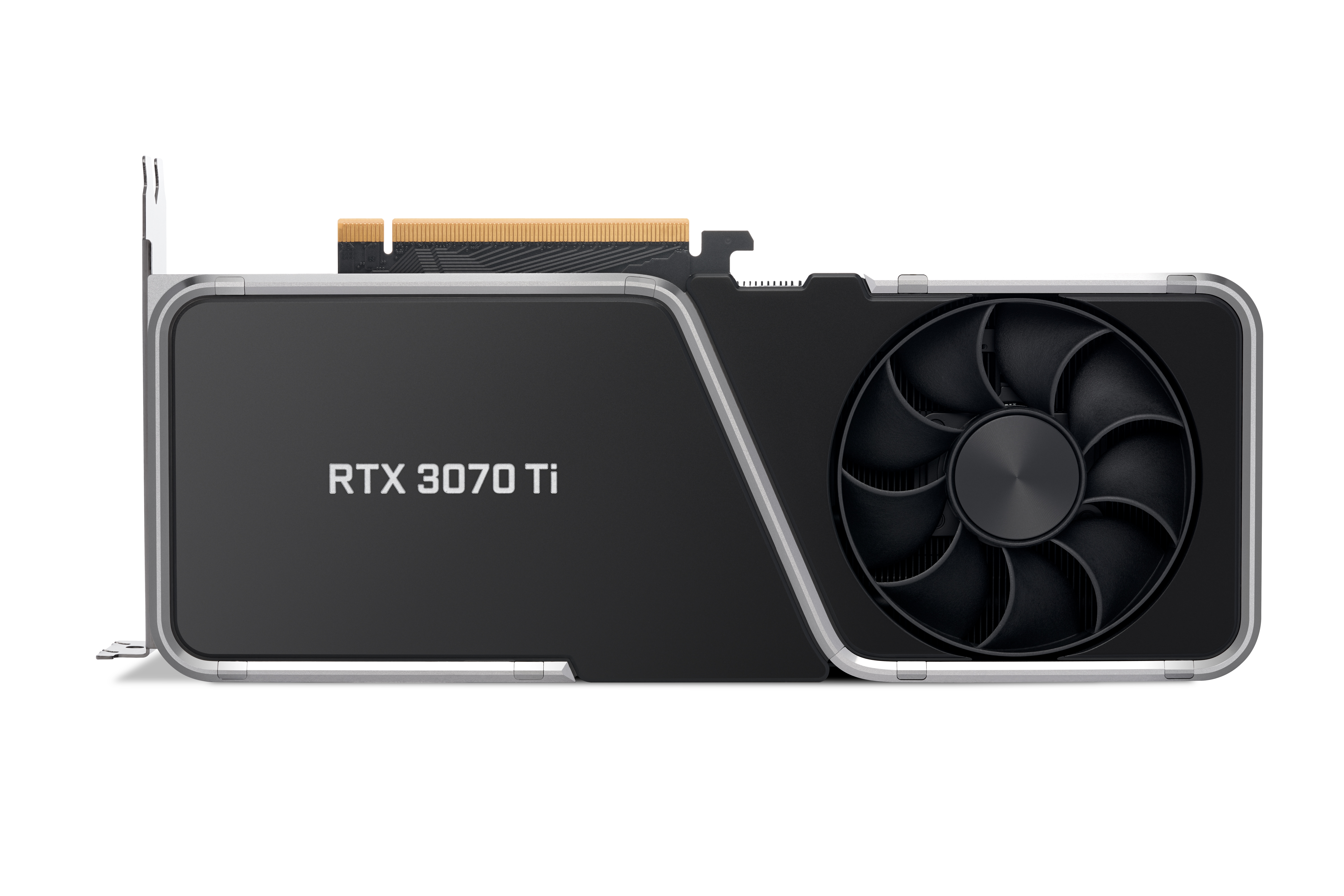 Shadow of the Tomb Raider is a testing staple on Nvidia cards, mainly because it’s a game extremely well-suited to the RTX card architecture. It always runs well. At 4K, the 3070 Ti manages to return a handful of extra frames - around 6% more. If we hop over to Borderlands 3, I saw more significant gains - 9-10% on average, but sometimes as much as 13%. It’s a similar story in several other games we regularly use to benchmark.

Assassin's Creed Odyssey pulls in a near 10% improvement at 4K, while Battlefield 5 at 1440p pulls in a 7% improvement even when it's firing up all the ray tracing settings. Sticking with the ray tracing showcases, Metro Exodus is a game that the 3070 couldn't quite manage 1440p and 60fps in - but the Ti variant just squeezes past that point. Like I said, frame rate improvements range from 5-10% across the board.

My review of the original 3070 declared it “the 1440p” king, and while the results above are in 4K testing, dropping down to 1440p resolution is also where the 3070 Ti feels most at home. This is important, as 1440p is still a far more popular PC gaming resolution than 4K according to the Steam hardware survey - and it matches this price bracket well. The gains are the same - between 5% and 10% depending on the game - but at 1440p, many games which struggle to scrape 60fps at 4K are pushing 120fps - meaning that for current games at least the 3070 Ti is a valid 120hz GPU at sub-4K - though in some games you might have to sacrifice a few graphical bells and whistles to squeak over the line.

Anyway, all of this is to say that for a price increase of up to 20%, you can expect a performance increase of up to 10% in your games. 10% doesn’t sound like a lot - and this is why Nvidia is choosing to compare the 3070 Ti to the older 2070 SUPER in its official comparisons - but honestly, I think the value here isn't terrible. To be clear, nobody should be stupid enough to upgrade from a 3070 to a 3070 Ti - but if you’re choosing between the two, it’s a close-fought battle with both worth deep consideration.

All factors considered, I think the 3070 Ti’s increase of up to 10% I’ve seen in testing is pretty reasonable, especially considering the cheaper vanilla 3070 is still (theoretically) available as an option. I'd be much less impressed were that card discontinued in favor of this more expensive model - but that mercifully hasn't happened. The 3070 wins in the price-to-performance ratio battle, but the 3070 Ti is more powerful, offering a slight baby step between the 3070 and 3080 for those with a little extra cash to spend. 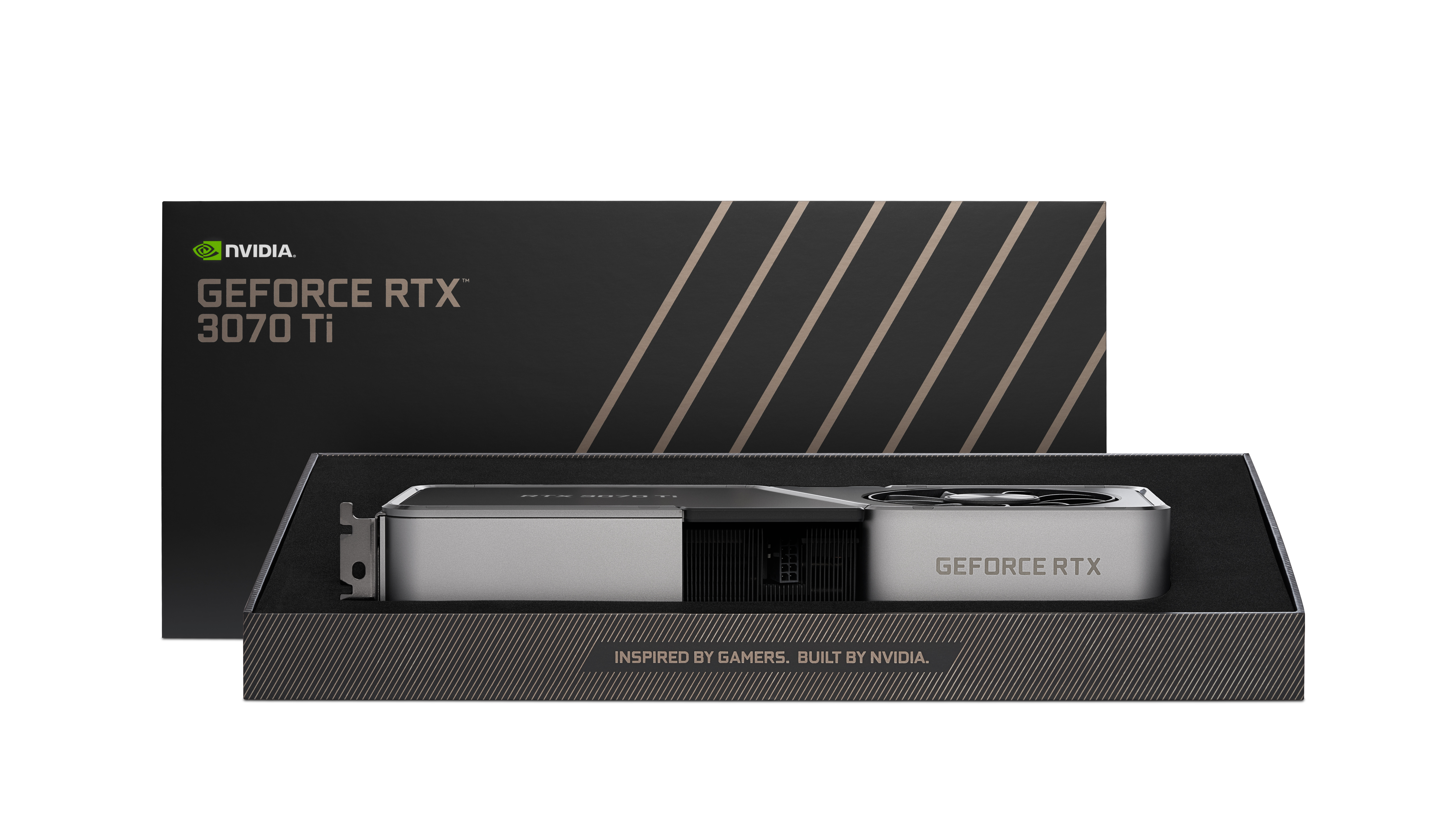 To again refer back to my vanilla 3070 review, I described that card as a 1440p beast with a strong 4K upside. If you’ve got a 1440p display but see a 4K upgrade in your future, or are already running at 4K but don’t mind dialling settings back a little to achieve ideal performance, it'd be quite valid to go for the new 3070 Ti over the regular 3070. It is, after all, still another hundred dollars cheaper than the next step up, the 3080 - even if when you get into the granular maths, the 3080 is better value.

That’s the bottom line, really. This is a strong card that offers a decent performance uplift for a decent price - though this would've been much more attractive as a flat-out replacement for the vanilla 3070 at the same price, as Nvidia did with the SUPER cards last generation. The other RTX brand features that have been such a boon for Nvidia are of course available on this card - the dedicated ray tracing cores used for real time lighting, DLSS which can often deliver major performance benefits in compatible games, and the various suites of creative software Nvidia has pushed, the best of which remains the impeccable Nvidia Broadcast. All are available on this card, which makes it identical to its other peers in the RTX family - so it’s all a question of power.

Well - a question of power but also, undoubtedly, a question of stock, and price. Both are sticking points either major or minor. Stock remains the elephant in the room. The torrid truth of the situation is that all of this stuff is incredibly difficult to find, and even more so at the advertised RRP. If you get lucky, the 3070 Ti is a great and worthy card to own - just over-powered enough for most of today’s games that you’ll be future-proofed for a good few years to come. The problem, as with the others, is now finding one.

But what if stock weren't an issue? That's where matters get a little stickier. It's fair to say that the 3060 Ti and 3080 in particular offer much better value in terms of bang for buck. Broadly speaking, we'd recommend you not split the difference. If you want the heavy firepower, you want the 3080 and should save and camp stock alerts to get one. If you want affordability, the 3060 Ti remains an astonishingly good value card that's worth chasing. Both the 3070 and its Ti slot into an interesting middle-ground position - and of the two the regular 3070 is definitely the better value.

Nvidia's Ti upgrades usually come in two forms: the marginally better version of the card it shares its name with, or a marginally weaker version of the card one bracket up. Take the 3080 Ti as a perfect example of one; despite its name, it has more in common with and is more like a baby 3090 than a 3080. The 3070 Ti is not that - it is not a baby 3080. It is a slightly improved RTX 3070. It's good at that job. The question you have to ask is - is it worth an extra $100? You know what you get for it now - you decide.