Nvidia's new mid-range GPU offers excellent mid-range performance - and the price is in a pretty sweet spot, too.

While the console-bound battle between Sony and Microsoft heats up, things are also getting pretty tasty in the PC graphics space. Last month, Nvidia debuted and then released the RTX 3080 and 3090 - two of the most powerful graphics cards ever released. This week, AMD has fired back with its own all-new GPUs - and Nvidia is unleashing the GeForce RTX 3070, envisioned as a more accessible, affordable, mid-range card.

The promise of the RTX 3080 was that it'd provide significantly better performance than the previous generation's top-of-the-line RTX 2080 Ti at around half the price. Its performance was a marvel, offering frequently huge gains despite being a good amount cheaper.

The RTX 3070 is a similar beast, except its on-paper goal is instead to match the performance of the RTX 2080 Ti. To be clear, that card made its debut at $1200 back in 2018, and while prices have dropped a little, it remains expensive even now. The 3070 is $500/£470 - and while it doesn't quite fulfil Nvidia's claim of 2080 Ti performance across the board, it's frequently so close that it wouldn't be fair to characterise that claim as a total untruth. Like its big brother, it remains astonishingly good value for money.

Out of the box, the most surprising thing about Nvidia's own Founders Edition release of the 3070 is its size. When sat next to its last-generation peers or the 3080 it's significantly shorter, a stout little thing that's sturdy in the hand. Its power input remains frustratingly in the middle of the card, but the double-sided fans are gone for a more traditional design of dual fans on the underside.

In this sense, it's a general upgrade over the 20 series cards. The 3070 has an HDMI 2.1 port that unlocks 120Hz at 4K and runs cooler, quieter and with less power draw than its last-gen peers. The general design language of the other 30 series cards is kept intact. There's rugged good lucks that eschew the over-designed elements that often dominate gaming devices. There's mercifully no ominous ever-present green LED here - just a more understated white glow. 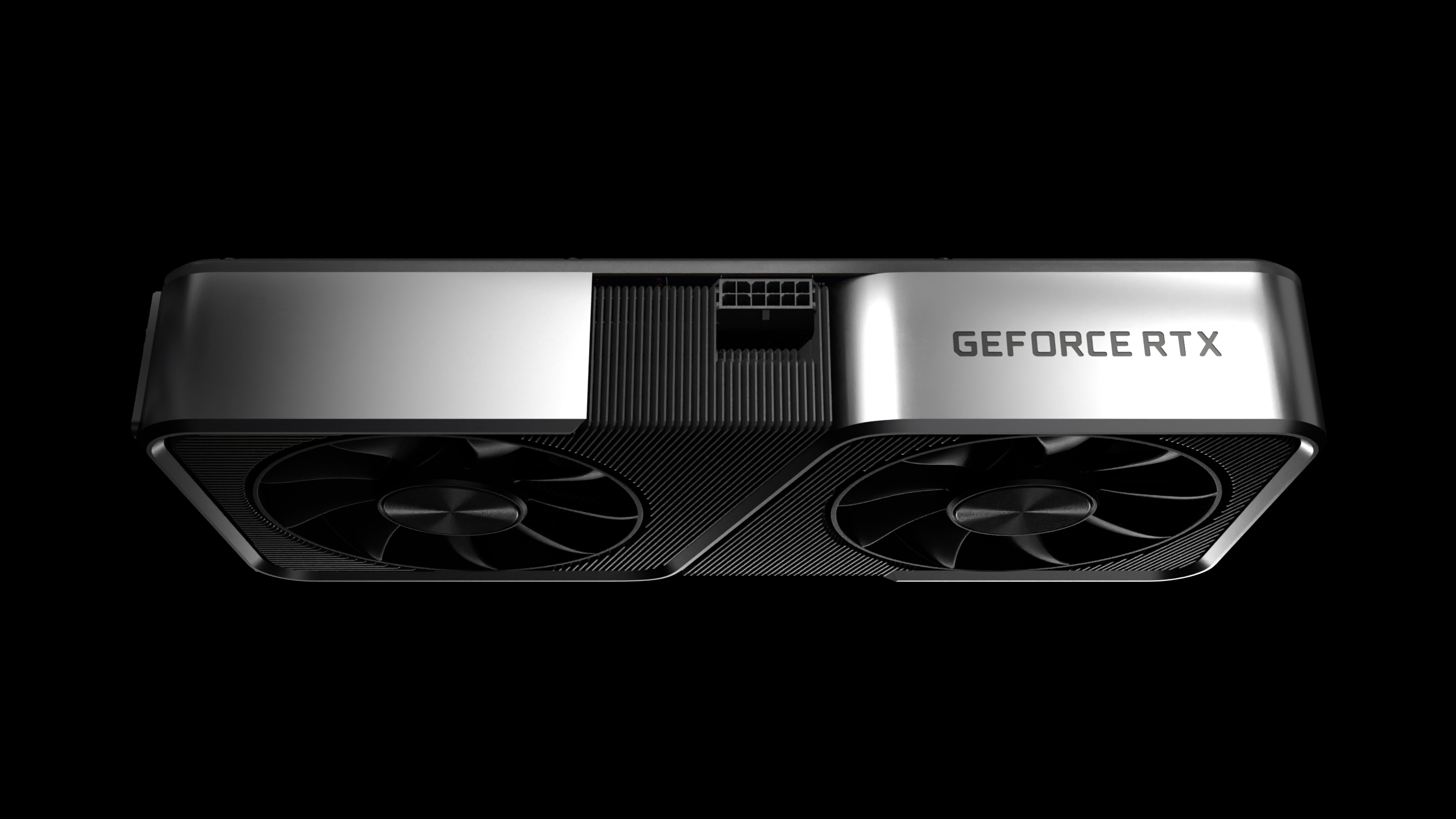 In-game, the RTX 3070 nails its mission of sitting close to the performance offered by the RTX 2080 Ti. A game like DOOM Eternal will run well in excess of 60 frames per second at 4K - more like 70, in fact. A 2080 Ti can get a little closer to 80 - but the difference is negligible.

DOOM is optimized for high frame rates, however. In general, the story of this card is one best told at 1440p.

Flip over to Red Dead Redemption 2 at 4K and with settings maxed and there's a similar story. Both the 3070 and the 2080 Ti manage to push this taxing game well in excess of a stable 30fps, but the 2080 Ti is moderately faster. Drop down to 1440p and both cards will get you in the 45-55fps range, depending on what's going on. In Forza Horizon 4, the pair were again neck-and-neck, approaching 80fps - but at 1440p you can get close to that elusive 120fps.

All of these games are ones tested in more basic circumstances - without DLSS or ray tracing. Activate those and the results will change accordingly - ray-traced, real-time lighting will drag the FPS right down, while DLSS - which for my money remains the most impressive individual aspect of Nvidia's 20 and 30 series cards - will boost it back up. In combination, these two features can give you some of the most impressive visuals going while retaining great performance. The 3070 has something of a leg up here as it features the better second-generation cores that are dedicated to ray tracing tasks - and the results are similarly impressive to the 3080 based on the price differential between the two.

With both ray tracing and DLSS enabled, Control, a flagship ray tracing title, can post around 45fps at 4K, but into the 80fps range at 1440p. Even the draining Metro Exodus can almost hit 60fps at 1440p with both key features enabled. 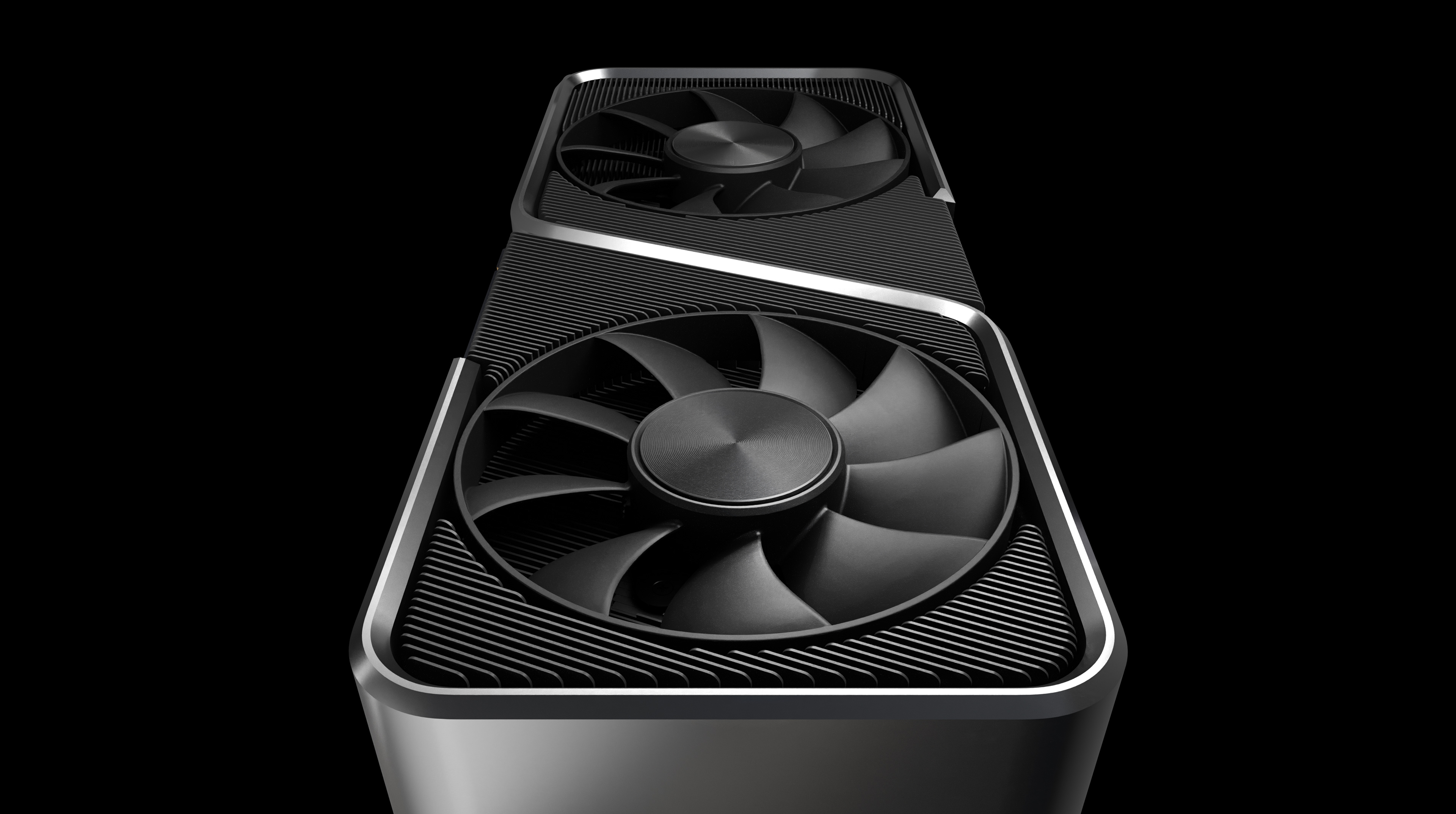 It's all about that price differential, really. In our review I said that the 3080 offered "tremendous bang for buck". There's a $200 difference between these cards, and the performance difference feels in line with that pricing. That makes this as impressive a card as the 3080 - just in a decidedly different bracket.

If you want full 4K performance, with ray tracing and all of the other bells and whistles, you'll find that here - though you probably would be better off spending the extra to get a 3080 to truly future proof yourself. At 4K, you begin to stretch the limits of the 3070 thanks to its more modest 8GB of GDDR6 RAM.

With that said, the 3070 remains an excellent option that'll offer more than decent 4K performance. It comes into its own at 4K, where that memory ceiling is less likely to present itself. In fact, you're more likely to run into CPU-based bottlenecks depending on your processor. Basically, this card will crush anything below 4K - if you're content at 1440p, the 3070 will do nicely.

With this GPU, the emphasis remains on that crucial price-to-performance ratio - and like its other 30-series siblings, the 3070 delivers the best value by this measurement in a couple of generations. The card's downfall remains its 4K performance - for as we enter a generation with console hardware that can truly handle the resolution, it's likely to become ever more the norm. But this card provides great value and is undoubtedly the new king of 1440p ray-traced gaming - at least until AMD's newly announced efforts surface.