The NPD has released its analysis for the month of February 2020 noting a 29% decline year-over-year across hardware, software, and accessories.

Call of Duty: Modern Warfare returned to the top of the chart for the month. The title remains the best-selling game over the 12 month period ending in February.

No new releases for February 2020 reached the top 20 best-sellers chart. The best-selling new release was Yakuza Remastered Collection, which came in at number 33 for the month.

The Division 2 returned to the chart, coming in fifth place on the top-10 chart. NPD attributed its return to robust digital and physical discounts. 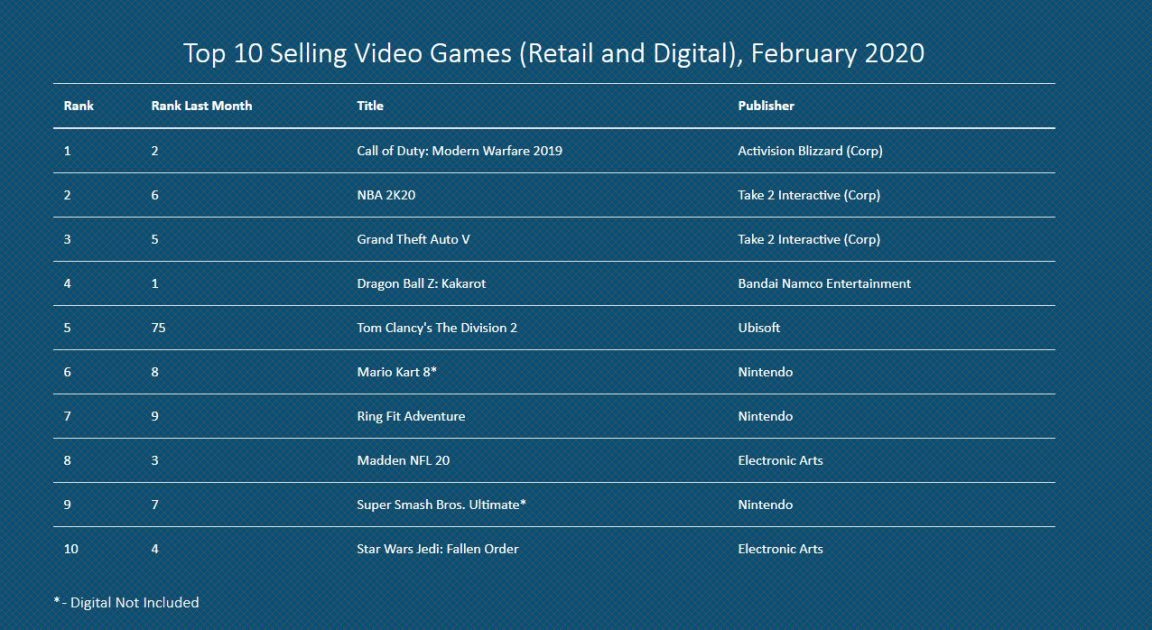 Hardware spending for the month fell 34% yoy to $183 million with all console platforms seeing a yoy decline. Annual spending on hardware fell 35% to $312 million.

In accessories and Game Cards, total spending hit $265 million, which is down by 14% yoy. Year-to-date spending declined by 13% to $500 million.

Overall, February 2020 spending across the board declined 29% to $755 million, when compared to the same period in 2019. Late cycle hardware, mainly PS4 and Xbox One, and a light release slate drove the decline. Year-to-date spending in all sectors came in at $1.4 billion, down 28% yoy. 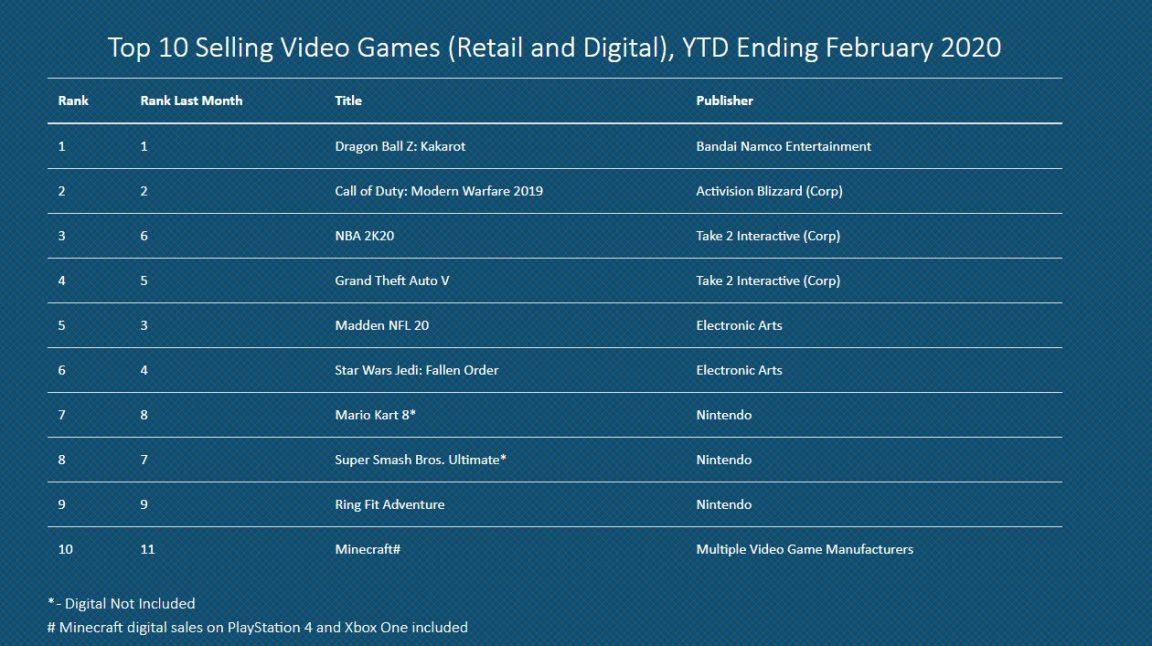