"No Man’s Sky was intended to be something unique, vast and inventive, and we feel Hello Games delivered that." 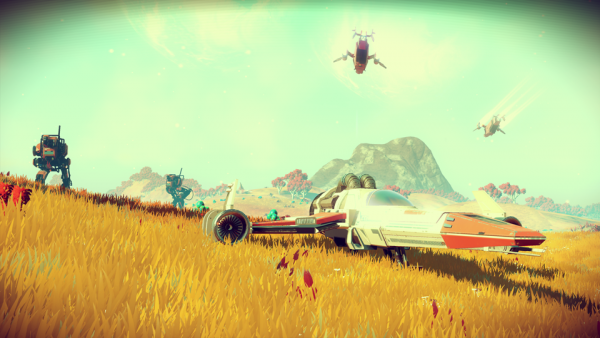 No Man's Sky "delivered" on unique content, according to PlayStation Australia

No Man's Sky will be remembered as the most divisive game of 2016, if not the entire decade. Ever since the hotly anticipated title turned out to be fairly mediocre, a heated debate has raged on whether Hello Games delivered its promised content. According to at least one reported source from PlayStation Australia, that's absolutely what happened.

Before we continue, it's worth clarifying this information doesn't come from an official PR channel, but an email communication posted on Reddit - one which was subsequently removed. The text itself, however, has been retrieved and can be found from various other sources. Going from these reports, it seems the whole issue started when a PlayStation Store customer attempted to refund their copy of No Man's Sky, only to be refused with a commentary on the entire debate.

"We are aware of comments online from some players expressing disappointment with the release features of No Man’s Sky," the response reads. "During the development process, the game changed and evolved based on thousands of hours of user testing and feedback on what worked and what didn’t to bring you the best gameplay experience and the most fun. Hello Games made choices during this development which they believed would provide the best experience for the players.

"No Man’s Sky was intended to be something unique, vast and inventive, and we feel Hello Games delivered that. They are also working to ensure that No Man’s Sky will continue to evolve and benefit from new features over the coming months, and as such, we are not making any exceptions to our standard refund policy."

Sony has invested quite heavily into No Man's Sky, so it's only natural the publisher would stand behind Hello Games' product. That said, we certainly shouldn't expect the statement to satisfy No Man's Sky's detractors anytime soon.