Nintendo's official posting has confirmed yesterday's predictions that the company has taken a tumble from its previously strong financial position, though the picture is not quite as gloomy as Japanese newspaper Nikkei had feared.

In light of the loss, Nintendo also revised its full-year net income down from a ¥20 billion profit to a ¥20 billion loss. In total, the company shipped 9 million hardware units and more than 73 million software units during the half year.

One of the primary issue for the Japanese company is believed to be the soaring value of the yen, damaging profits repatriated from overseas.

Wii moved 3.35 million units for the period, and 36.45 million software units were sold for the system.

The slide denoting consolidated sales units, number of new titles, and unit forecast is posted below.

Figures here are quoted from reports on the investor relations page of Nintendo's website. 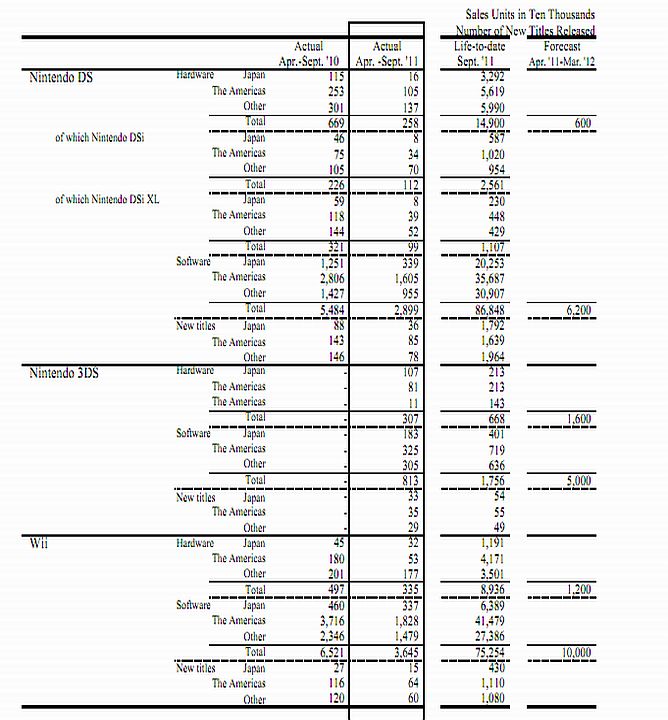