Nintendo Direct kicks off at 2pm GMT, and although company president Satoru Iwata has confirmed he will reveal new Wii U titles, eagle-eyed gamers have spotted hints that he will also announce the opening of the console's Virtual Console store, and that it could contain Gamecube games off the bat.

Keen GAF members have looked closely at the Nintendo Direct site's source code and found this: 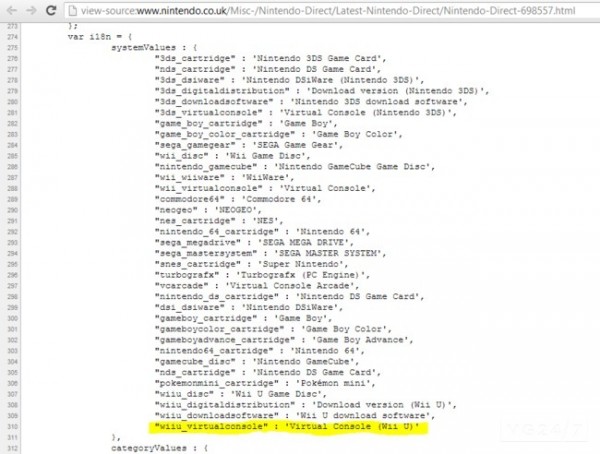 The code makes mention of "Virtual Console (Wii U)", "Nintendo GameCube", and something called "Pokemon Mini".

Could Nintendo be gearing up to launch GameCube games on Virtual Console - as hinted at previously by Reggie Fils-Aime?