Nintendo of Japan has revealed that is holding its own Nintendo Direct webcast alongside today's European and US shows at 3pm BST / 4pm CET today. It's all green and Luigi-flavoured. 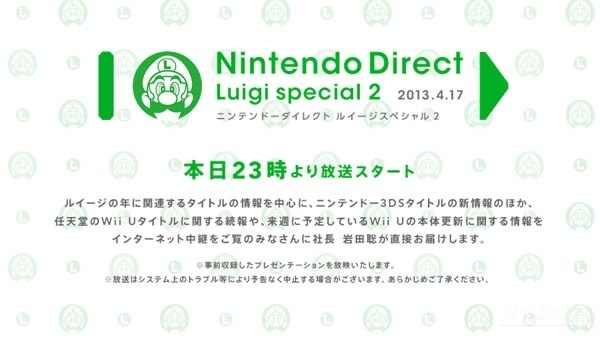 The Nintendo tweet came along with the above image and confirmation that the 'Nintendo Direct Luigi Special 2' episode would air alongside the European and US feeds.

Both the 3DS and Wii U will be mentioned in the Japanese show, while the Western episodes are 3DS-focused.

Would you like to see another Luigi game announced? How about the original Luigi's Mansion on Wii U Virtual Console? Let us know below.