Nintendo has sold a lot of Wii consoles, and at no point did it see fit to release a bespoke charger - similar to Xbox 360 battery packs - meaning we were doomed to horde AA batteries and rechargables for ages. Now, finally, it seems like Nintendo is getting with the times.

Nintendo Life reports - by way of GoNintendo - on a survey issued by Nintendo recently. 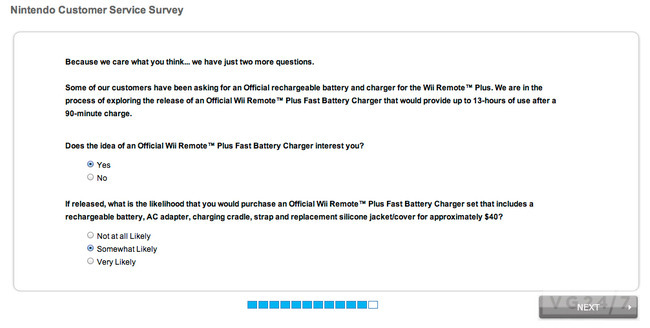 It seems like Nintendo is considering an all-in-one-pack that includes bespoke battery device and an AC charger to give it some juice. Better late than never I'd say, probably.

What do you think.