While some think it’s an Alastor bug, the truth is it’s just a symptom of an MMO in early access. Fortunately, there is a way around the problem — but you’ll need some patience.

Normally, the Alastor fight should start when you follow The Ritual quest to its end. The problem many players are encountering is no Alastor. However, there’s a good reason for that.

Unlike some MMOs, such as Final Fantasy XIV, New World’s boss fights take place in the overworld the same as mob fights. That means there’s a chance another player or group of players already defeated Alastor by the time you got there.

Amazon offered a few ways to fix the issue. You can restart the quest in the journal menu or exit and restart the game.

Another method is just waiting. The Alastor respawn should happen an hour after his defeat. 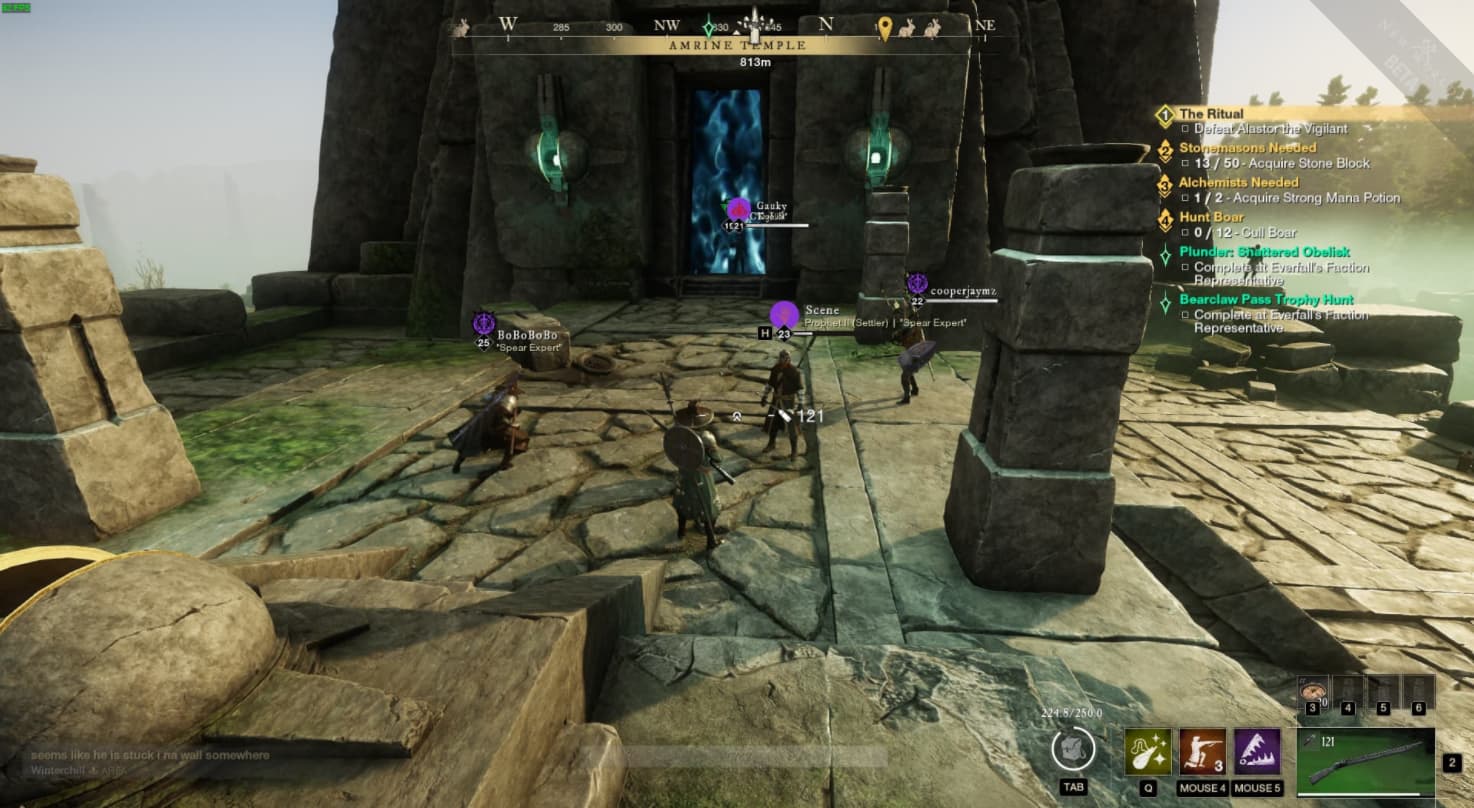 If you show up and don’t see Alastor, avoid entering the blue barrier so there’s less chance of the quest glitching.

Once you do start the fight, it’s best to keep your distance. Alastor hits hard, even if your level is close to his (25), but only up close. Since he wields a blade, you’re safer with ranged weapons such as a staff.

You don’t have to land the final blow to finish The Ritual quest either. As long as you get at least one hit in, the game recognizes your contribution and gives you the item necessary to finish.

Thankfully, there's no shortage of things to do in the meantime. If you need a good staff, mining New World's rare Fae Iron to craft quality gear is a good way to wait while Alastor respawns. You can gather Saltpeter to craft ammo or just relax and weave some cloth from hemp.