Expect news on the next entry in the Tomb Raider series next year.

Square Enix announced today it will reveal the next Tomb Raider game at a "major 2018 event."

Whether that's E3 2018, PAX, gamescom, or some other event remains to be seen, but the firm did say it won't be very long between the official reveal and when we can start playing it.

Maybe the reveal will occur in tangent with the release of the new Tomb Raider film, which is due in cinemas on March 16, 2018. Ya never know.

In short, though, the next Tomb Raider game will release in 2018. 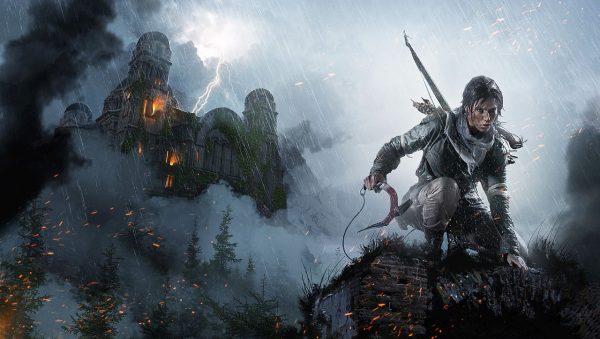 The company also called it "Lara Croft's defining adventure," so there's that too.

Obviously, this news isn't surprising in the least, as we'll all known a new game was in the works for quite a while now.

At the end of last year, news of a Tomb Raider game surfaced when a Reddit user snapped a pic of the title on a Montreal subway, and concept art for the title, dubbed Shadow of the Tomb Raider, popped up in June of this year.

Video game historian Liam Robertson has added credence to the game's title being more than just a placeholder.

As he points out on Twitter, hint to the game's title was hidden in the announcement from Square on Twitter. Apparently, the first letter of each sentence spells out the word "Shadow." Very interesting. 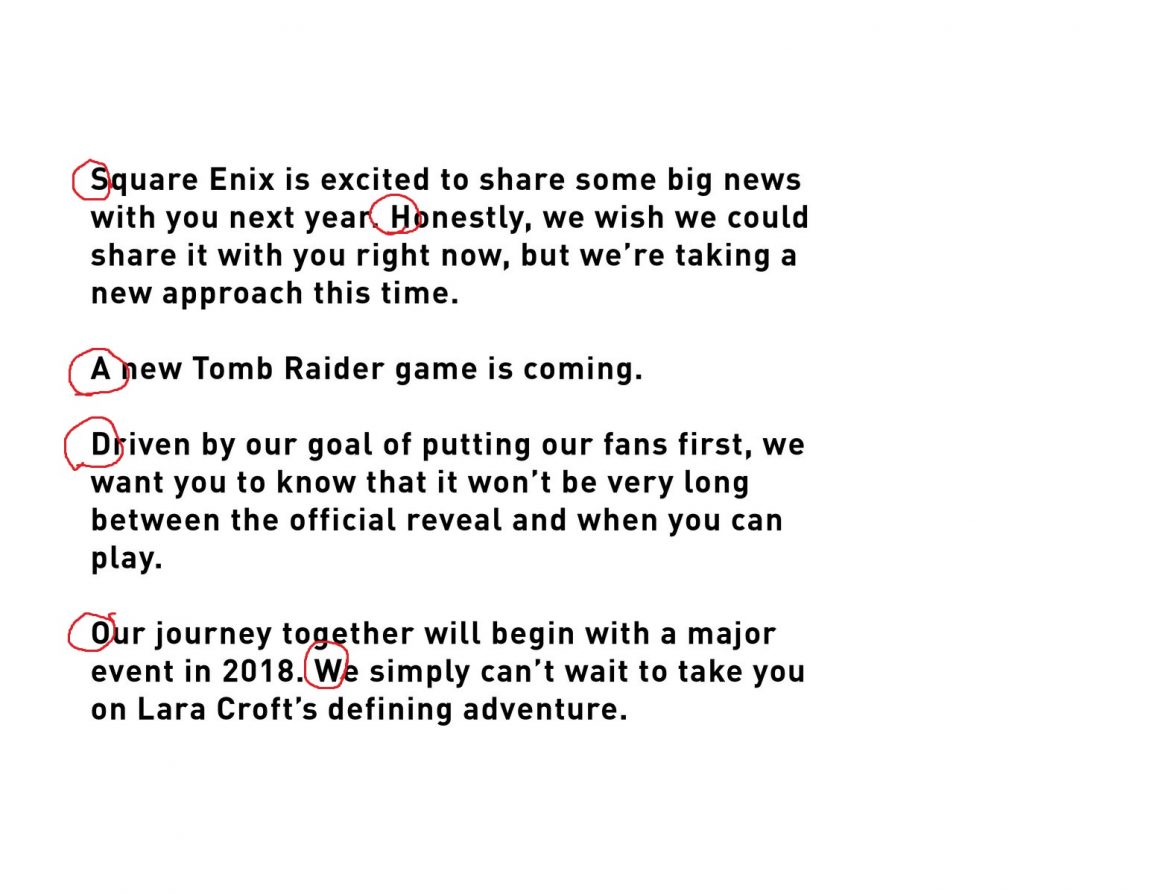 If more on Shadow of the Tomb Raider pops up between now and the reveal, we'll be sure to tell you all about it.