Level-5 has just revealed a brand new Professor Layton game that will be hitting the iOS operating system. However, the professor himself will be absent.

Little besides the screen below is known so far, however we do know that Layton's son, Alphendi, will be the star of the show this time around. Alphendi and his partner Lucy are apparently part of the top investigative team in Scotland yard, and will go around solving mysteries by tapping on crime scenes.

Details are scarce as all of the information is still in Japanese, but it's being called Mystery Room at the moment. Mystery Room apparently began life as a different game in Level-5's "Atamania" series, but was recently rebranded as a Layton game. 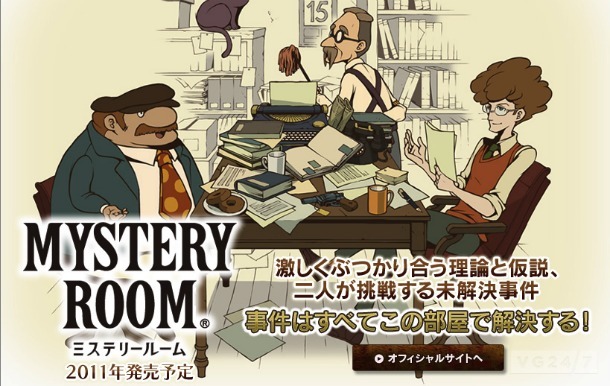