If you've played a video game any time in the past 25 years or so, you probably already know that a waterfall can only mean one thing: a hidden area, almost certainly containing some kind of cool secret. So New Pokemon Snap players knew what was up when they spotted a waterfall in Founja Jungle.

Still, knowing there's a secret area there and knowing how to get to it are two different things — and in this case, it's not all that self-explanatory. Specifically, there's a Liepard snoozing on the rock that blocks the path's entrance, and he's pretty unwilling to move.

Read on for everything you need to know about convincing him to budge:

How to get behind the waterfall on the Jungle (Day) stage

When playing the daytime variant of the stage, accessing the secret path requires you to have unlocked the yellow Illumina Orbs. To do this, you first need to play the stage's night variant and snap a picture of the jungle variety of crystabloom. 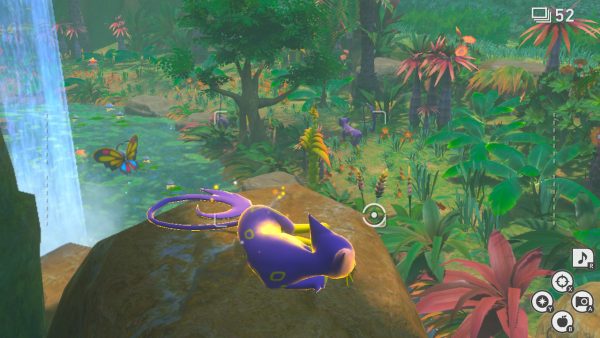 With this done, revisit the daytime stage and start throwing Illumina Orbs at the Liepard once you're within range of him. In theory, once you land a hit he should take the hint and move off. You can then perform a Scan which will unveil the secret path.

Many players are reporting a glitch that causes the Liepard to simply ignore the Illumina Orbs during the daytime.

There's a theory that this might be linked to unlocking the Melody feature before attempting to move the Liepard, and some people claim to have successfully got around the glitch by playing a Melody before throwing the Illumina Orb. 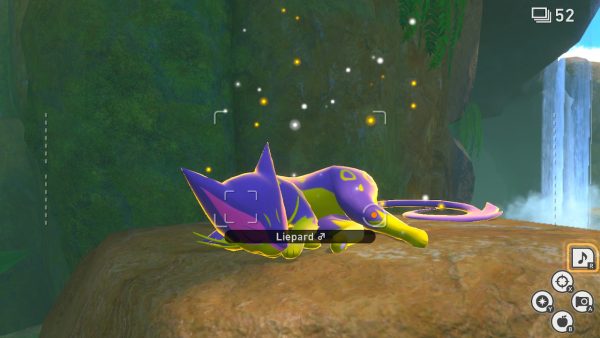 Alternatively, some players have reported successfully preventing the Liepard from lying down in the first place, using a combination of Melody and Illumina Orbs.

Unfortunately, my game had this glitch and I wasn't able to replicate either workaround. That's not to say that it won't work for anyone, but it seems that for the time being many of us simply won't be able to access the secret waterfall path during the day.

How to get behind the waterfall on the Jungle (Night) stage

The method for getting behind the waterfall if you visit during the night is a little more complex than the one you use in the daytime. However, the night jungle stage doesn't seem to have the same glitch that prevents you from accessing the secret path — so in practice, this one is actually the better bet.

To get behind the waterfall during the night, you first need to unlock the Melody feature on your research camera. To do this, you just need to get both the Jungle (Day) and Jungle (Night) stages up to Research Level 2. 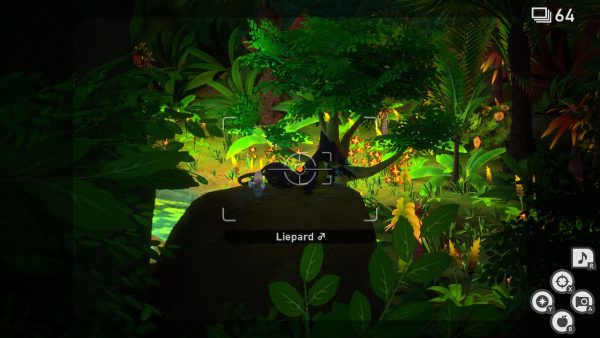 As soon as you're within view of the Liepard's favourite snoozing spot, line up your camera so that both the Liepard and a nearby Pikipek are in the shot. The Pikipek can be a bit tricky to spot from a distance in the dark, but it's best to start early so you have enough time to get into the secret path when it opens up. There ought to be a little time for trial-and-error this way anyway.

Once you have both Pokemon in view, instead of taking a photo, trigger the Melody function on the camera. If it works, the Melody will cause the Pikipek to fly away. 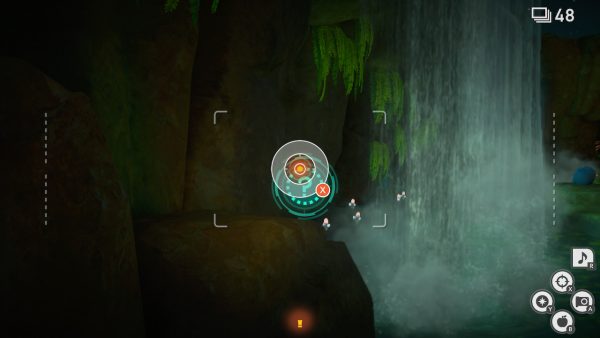 Turns out that chasing a Pikipek is the incentive the Liepard needs to finally move out of his spot. Once he's gone, you'll be prompted to perform a Scan that will unveil the secret path behind the waterfall.

What's behind the waterfall?

Travelling behind the waterfall on the night version of the stage reveals a number of different types of Pokemon for you to photograph. Many of them are interacting with other Pokemon species, leading to some unique photo opportunities. 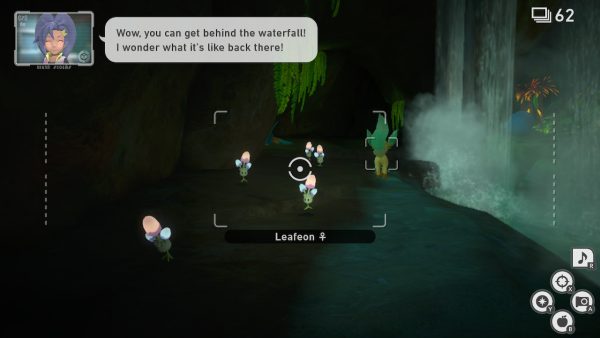 Notably, this was the best chance I found to take a platinum-rated three-star photo of a Leafeon. These Pokemon are too skittish throughout the rest of the level to get a particularly high-scoring image of, but you'll find one feeling nice and chill back here, hanging out with her Swampert and Wooper pals.

Because of the aforementioned glitch, I haven't been able to confirm yet exactly what you'll find behind the waterfall if you venture onto the secret path during the day. However, if you're lucky enough to make it back there, expect more rare Pokemon combinations and poses for the eager shutterbug to capture.

For more on New Pokemon Snap, check out our review!