Okami has a particularly brilliant soundtrack. With the new port out on the Nintendo Switch it's also apparently the perfect time for a soundtrack re-release - and this one is special.

Okami HD hit the Nintendo Switch last week - and to mark the occasion the video game music connoisseurs over at Data Discs have prepared an absolutely beautiful vinyl box set of the game's soundtrack. The box set features four LP records that cover two hours of the game's remastered music. It all comes in a beautiful hardboard case and even comes with a 40 page book of Okami's distinctive artwork. Here, take a look for yourself: 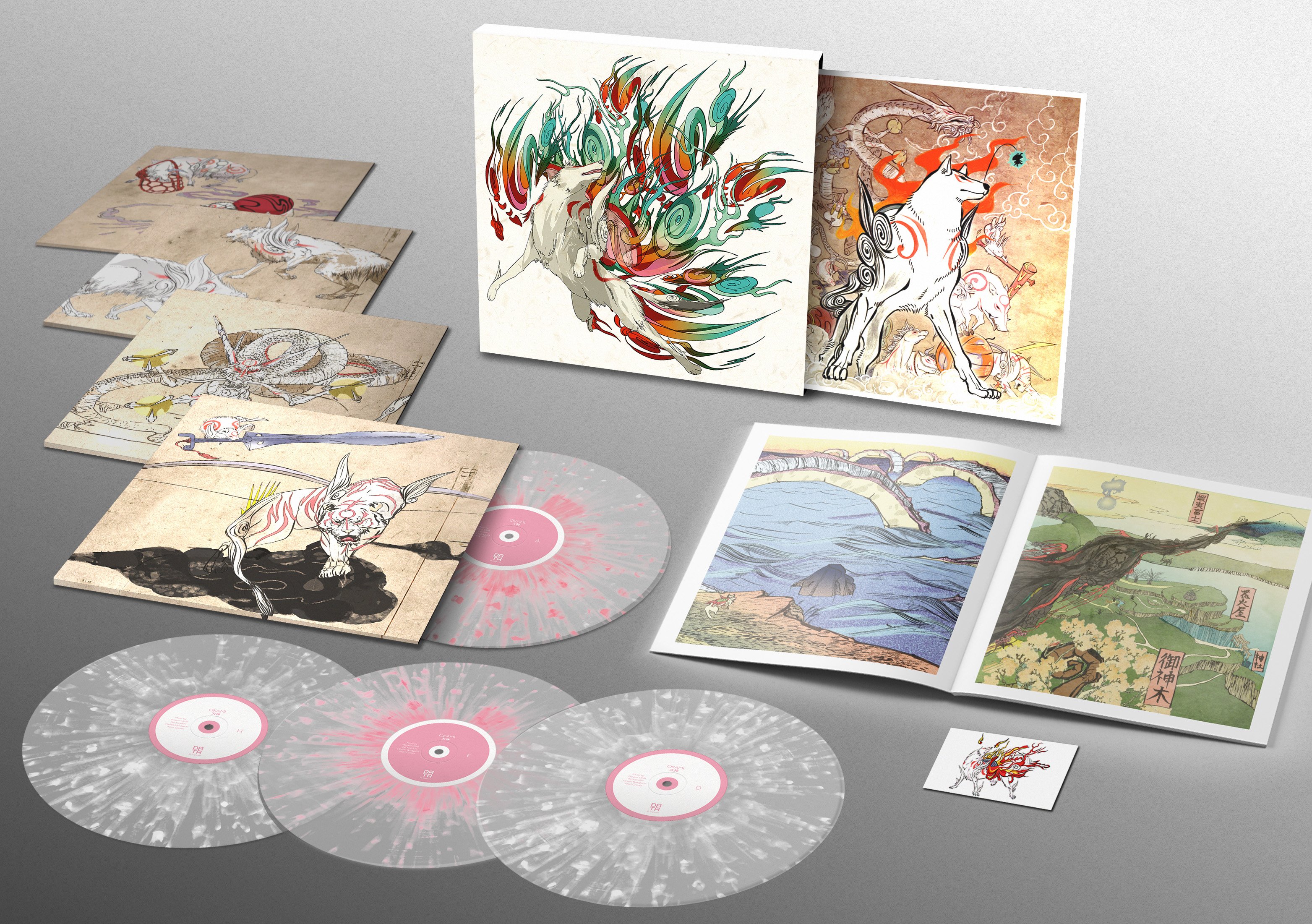 It's bloody beautiful, isn't it? The set also comes in two other variants - the limited edition features lovely cherry blossom-inspired pink and Amaterasu-inspired splatter designs, but if you want to keep things simpler the records are also available in frosted clear vinyl and of course traditional black vinyl. All the records are 180g, for you record nerds out there.

Full disclosure: I'm a bit of a fan of Data Discs, and I've been buying their releases ever since their first couple of records. They're a British-based company that specializes in remastering and releasing video game soundtracks on vinyl, and unlike some of their peers out in that market they only announce records when they're pretty much ready to go and put out extremely high quality releases.

Up until now Data Discs has largely been focused on Sega, putting out numbered releases of classic Sega games including Out Run, Golden Axe and Shenmue, plus the odd non-Sega release like Metal Slug. They briefly detoured from the numbered releases with a Sonic Mania vinyl release, making this only their second release outside of their main series.

It's particularly exciting because this means Data Discs is clearly opening up conversations with more publishers, and Capcom is one with an enormous amount of potential. Also excellent rival vinyl publisher BraveWave already did a Street Fighter 2 release, but there are other games in that series plus the likes of Mega Man, Ace Attorney and Resident Evil that it'd be cool to see physical vinyl soundtrack releases for. I'd personally love to see the Ace Attorney Jazz or Orchestra albums hit vinyl.

In the meantime, the Okami vinyl is available for pre-order via the official Data Discs site. They'll begin shipping in October. If you just want the game, Okami HD is available now on PS4, Xbox One, PC and now Nintendo Switch.