Ahead of Battlefield 3's release in the US tomorrow, media has started appearing online of a leaflet that seemingly teases the upcoming new Medal of Honor within copies of the shooter.

Not much is on it other than some sort of angry-looking face thing, with the initials MOH and the URL of the game's website.

The leaflet is shown in an image from the PS3 edition in the UK, as well as a US 360 SKU in an unboxing video. Both have TBC or Rating Pending slots on the leaflet from the BBFC and ESRB respectively.

Its been known since early this year a new Medal of Honor game has been in the works since the series rebooted in October last year. Producer Greg Goodrich admitted developer Danger Close was working on a sequel in February in a blog post.

"Yes, Danger Close is currently working on the next Medal of Honor," he said at the time.

"We can’t wait to tell you more about it, so check back often to the website and the fan page on Facebook."

The first attempt - made by DC on the single-player side and DICE on multiplayer - hit 2+ million units sold soon after launch. As of February this year, it's sold 5 million units, despite initial mixed reaction at release. 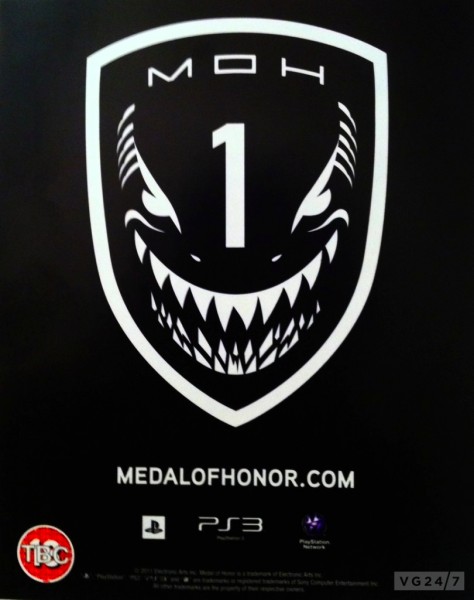