A US Senator has called upon the Entertainment Software Rating Board to look into loot boxes, and take appropriate action when handing down a rating.

New Hampshire Senator Maggie Hassan (D) has asked the Entertainment Software Rating Board (ESRB) to review whether loot boxes are marketed in an "ethical and transparent" manner.

Hassan read an open letter to the ESRB today during Commerce Committee hearing in front of nominees for the Federal Trade Commission. In the letter, she asked the ESRB to research and publish data on how developers implement loot boxes, and how players use them.

She also asked the ratings board to look into whether or not publishers were marketing such monetization "in an ethical and transparent way that adequately protects the developing minds of young children from predatory practices."

Hassan is worried the random nature of loot box contents could mirror the "mechanics often found in casinos and games of chance." Without going as far as liking loot boxes to gambling, she noted how such things could turn into an "expensive habit" as such microtransactions share "similar psychological principles" with games of chance.

During the meeting, according to Ars Technica, Hassan asked FTC nominees whether games with loot boxes featuring "surprise" items deserved the government body's attention. All agreed the subject was worth looking into further. 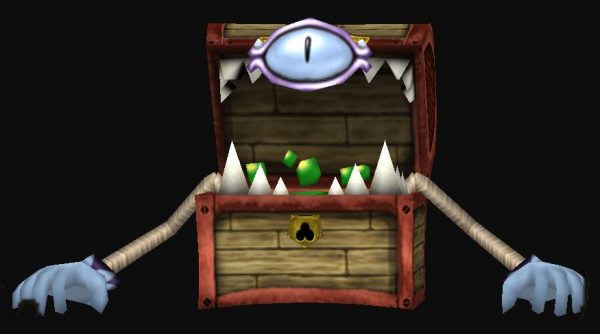 The Senator said since the ESRB is "one of the most effective voluntary enforcement boards," she openly called upon it to take the loot box issue seriously, and to "inform parents about their options when it comes to these types of games."

When asked for comment, the ESRB responded to Ars Tehcnica stating it had "received Senator Hassan’s letter," noting that "as the industry evolves, so does our rating system," and it will continue to "to make enhancements to ensure parents continue to be well-informed." Basically, it was a PR-heavy statement with no real comment on the matter.

Ars Technica also reached out to the Entertainment Software Association, which has not responded as of press time.

In recent months, elected officials from three other states have weighed-in on the loot box issue.

Hawaii state representative Chris Lee (D) recently submitted bills which would ban the sale of games with loot boxes to those under 21. The ESA said back in October it didn't consider loot boxes as gambling, and feels the industry's "self-regulatory efforts remain the most effective way to address these important issues."

In Indiana, Senators Ronald Grooms (R) and Jon Ford (R) introduced a bill calling upon the US Attorney General to study certain issues concerning the use of loot boxes in video games and make a recommendation whether loot boxes should be regulated as gambling in Indiana. It also asked the office to report the results of the study "of predatory gambling in video games" and a recommendation to a study committee.

It should be noted that gambling is legal in Indiana, but it is heavily regulated. It allows ten land-based or riverboat casinos on the Ohio River and Lake Michigan. There is one land-based casino and one Native American casino. There are also casinos at two horse racing tracks in the state: Indiana Grand and Hoosier Park.