Upcoming Black Ops zombie level Call of the Dead is the subject of a new, cool grindhouse style movie poster. Yep: it's the weekend.

Publisher Activision sent out the poster to various media sites, including Game Informer, to help promote the upcoming release of the level, part of the Call of Duty Black Ops Escalation map pack. Check it out below.

As previously reported, the Call of the Dead zombie level features an all star cast, with players able to control characters with the voices and likenesses of Danny Trejo, Sarah Michelle Gellar, Michael Rooker and Robert Englund. Night of the Living Dead movie director George Romero also appears as a boss zombie.

The Call of Duty Black Ops Escalation map pack is due for release on Xbox Live on May 3 for 1200 MSP. It will be released for the PC and PS3 later in 2011. 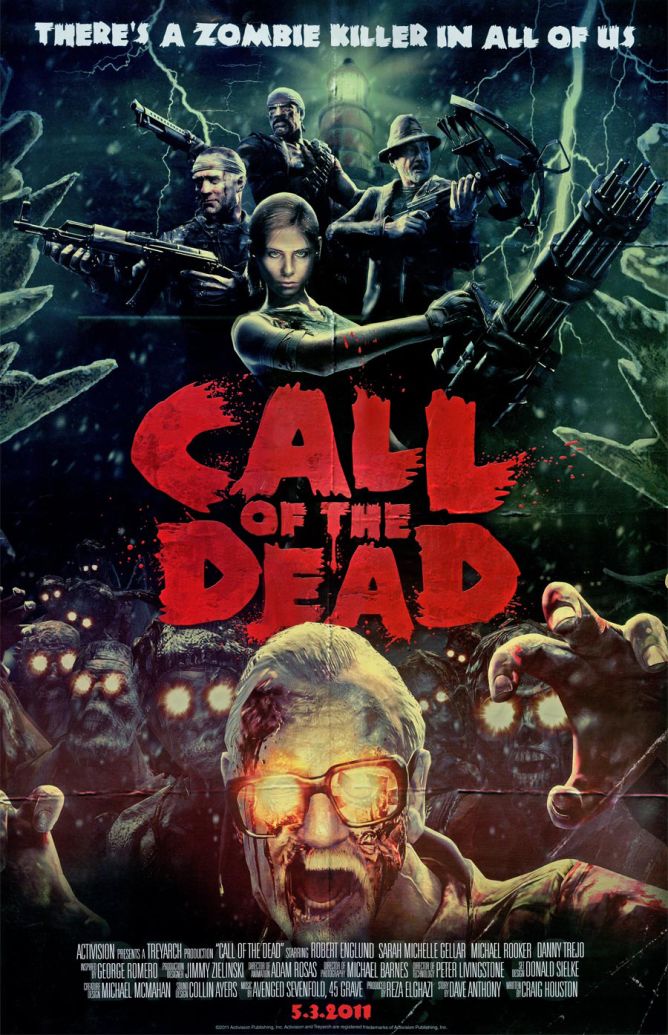