Battlefield 1 Premium owners are getting an extra free map in June.

Westie has all the details in the video above, but DICE described the map as follows:

"As darkness falls over the muddy battlefields around Malmaison and Soupir, French and German batteries prepare to yet again support their troops on the contested ground. The moon, the searchlights, and the artillery lights up the night skies, exposing the vast network of trenches."

Judging by the little we've seen, the map looks very similar to a night level from the single-player campaign. Nivelle Nights will be released in June for Premium members, which is a bummer for those expecting DICE to release free maps for everyone during 2017.

Nivelle Nights is not part of any of the game's upcoming expansions, which makes this even more disappointing. Thematically, it fits with the portion of the conflict covered by They Shall Not Pass.

It's also worth noting that this will be the first time DICE has released a Battlefield map for Premium members that's not also part of an expansion pack. Here's a screenshot: 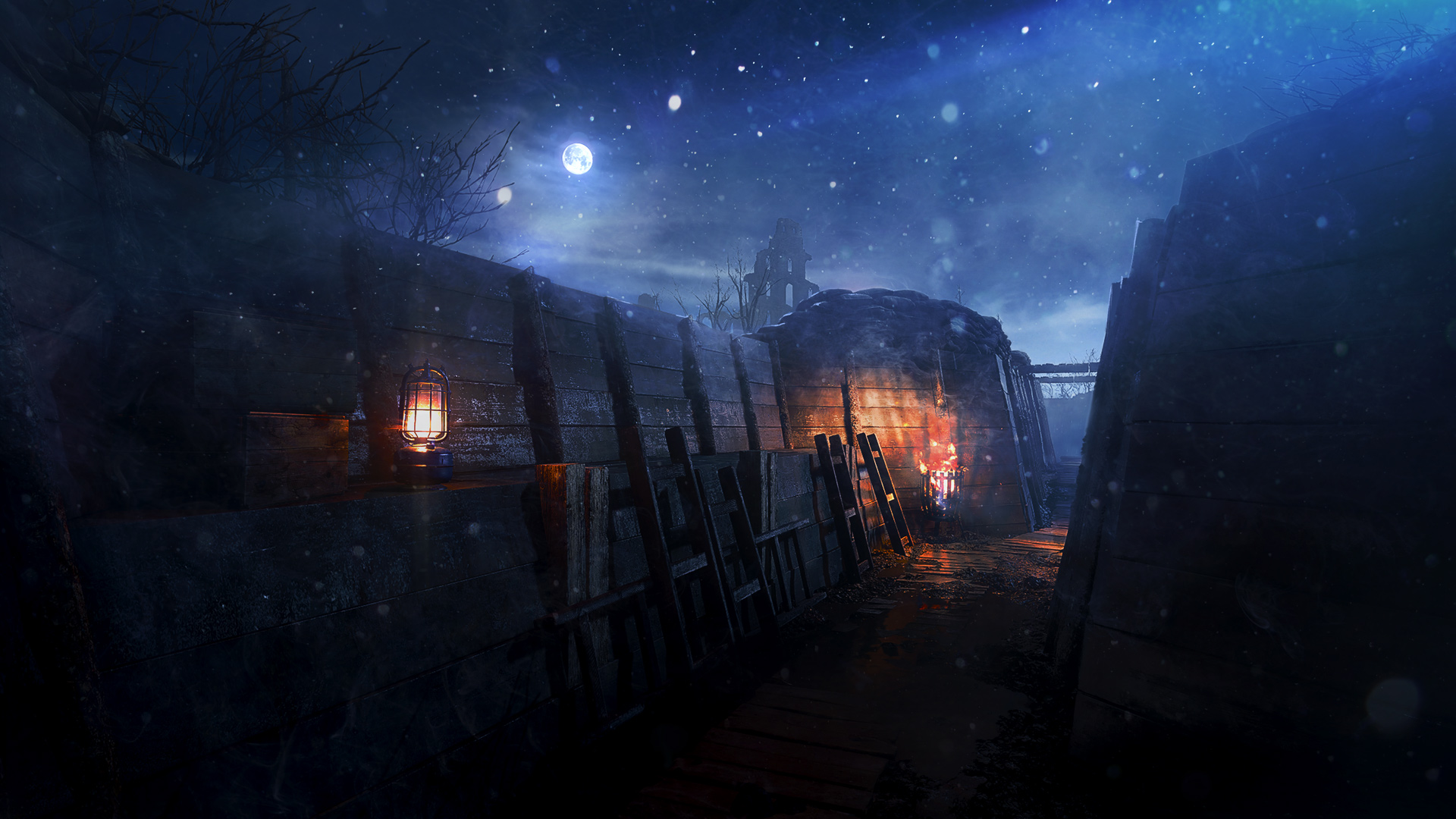 Last week, DICE revealed a Battlefield 1 roadmap for the months to come. In it, the studio promised monthly updates for the game, the release of the new Platoon feature, Operations mode changes and more.