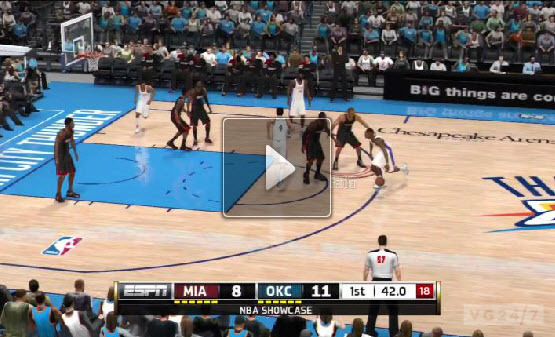 Joystiq reports that an EA Sports rep has confirmed the footage as real, stating that video "appears to be captured from a pre-alpha build months ago and is not an official EA Sports release. It does not represent a final build or feature set for NBA Live."