Payday 2 is an intense heist-em-up. To hammer home the epic action and tense stealth play it needed a great soundtrack and boy does it have one hell of a score. VG247's Sam Clay spoke to the composer Simon Viklund to get a peek inside his mind. 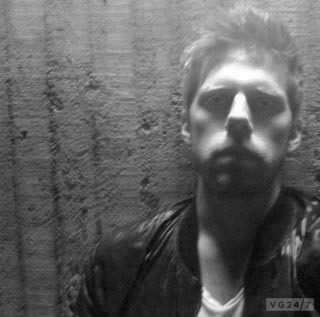 He's been in sound design and music composition for over ten years. His previous soundtracks include 'Bionic Commando Rearmed'.

He previously spoke with us about Payday 2's watchdogs mission when the game got announced earlier this year.

The soundtrack will be available at launch if you've got the Steam special edition and then shortly after on music service Bandcamp.

First off, please don't scream when you realise I'm the one who has written this article. Yeah, I'm the video editor and sure as hell don't write much on the site, I'm usually told to remain silent in the corner and let the 'professionals' get on with the 'writing'. Bloody talent.

But when I started playing Payday 2 for all of our video stuff, I was literally stunned and perplexed by the musical heartthrob that this game produces. Immediately I spoke with the right people and had to find out more about the production.

So, days after the release of the Payday 2 beta I found myself on the phone with Simon Viklund, the man behind the music.

With the chaos that the heist world brings, it needs to feel well paced, with smooth crescendos from the very quiet moments and then heavy beats when the shit hits the fan.

Asking for his inspirations for Payday 2's game's soundtrack Viklund mentioned that for the second game he was able to take the 'bull by the horns' and take it in any direction he felt made sense; the film Heat was used as inspiration for the design of a track in the original game.

The 15 tracks that make up the Payday 2 score are all lavishly heavy when it comes to synth and dance music. The tracks play at random for each heist and are not specific to certain jobs unlike the first game.

I was interested to know if there was any music that you'd only hear if you stuck around for longer - seeing as the intensity of the music grows during a job. Viklund replied, "We didn't want to take the experience away from the player. We don't want the music to get in the way of your game at hand, also, some people might not even hear a specific track for this reason, which would ultimately be a waste.

"However, I did write a unique track for the Framing Frame escape mission, so if you've pissed the cops off enough, I guess you'll be awarded by hearing a different sort of track for the additional escape job."

It somewhat seems fitting that the game's soundtrack is heavy in dance and techno music, which isperfect for the nightclub job. I don't need to spell out to you what that job entails.

The music will remain 'subtle' if the player doesn't alert the police, and once the police do turn up you will no longer be able to regain that silence. It's also worth mentioning that the music is such an integral part to the game that it will cue you up with important activities. You are alerted when an assault is inbound and once the special forces arrive there is a 'drop' in the music. If for some reason you are playing with the sound turned off, you're doing it all wrong.

A track that won't feature in game is the music from the recent launch trailer (above), which takes a more subtle approach of Viklund's usual tub thumping.

To summarise, Viklund's choices are so integral to the experience of Payday that without them I truly believe it would be a completely different game. The soundtrack is spot on perfection. It has been great to see all the reaction the game's music has been getting on the net, view any Payday 2 content on the web and it's more that likely that you'll come across a comment or two about the music.

It's also the utter genius that goes behind it all that makes it that even bit better. The music has to work to any length, cue in at any time and then transition throughout your game. That's some challenge to produce. I simply say, Simon Viklund, take a bow son.

Check out what Team VG247 thought of Payday 2 here.