As you progress through Mount and Blade 2: Bannerlord's story, you'll be able to recruit soldiers, capture prisoners and expand your party side to become a formidable enemy.

Whether you want to build a foreboding army or hire the odd companion to do your dirty work, there are several ways to recruit folk into your posse. Having a few skilled individuals in the mix can turn the tide in many situations, and you should be wary that having a large yet fairly unskilled squad could be your downfall.

You'll be able to find companions roaming the map and in towns and cities, though you may need to do them a favour before they'll join your ranks. As the story continues, you'll be able to expand your party size to take on even more followers, though it would be prudent to create a character with high leadership and charm if you want to do so.

If you're just getting started with Mount and Blade 2: Bannerlord, check out our guides on which culture you should choose, how to capture prisoners and how to increase your smithing skill. 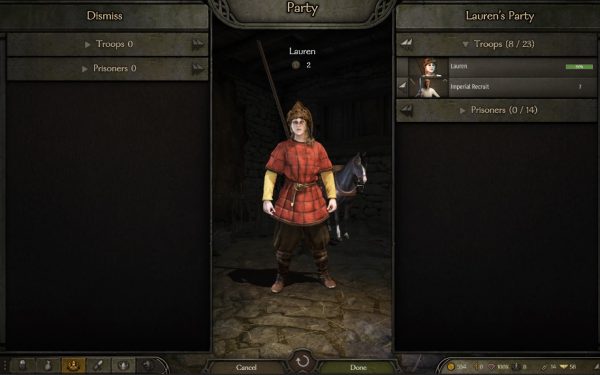 Mount and Blade 2: Bannerlord - How to recruit companions and increase party size

Companions have a name, background and specific skill set in Mount and Blade 2: Bannerlord, so they're a worthwhile addition to your group. Any perks or bonuses they have will be applied to you and your troops, which is handy, letting you access dialogue or achieve things that wouldn't otherwise be possible depending on your skills. Mount and Blade 2: Bannerlord is still in early access, so there aren't many companions to choose from yet, but don't let that dissuade you.

When deciding whether to recruit a companion, there are a few things you'll want to consider. While their skills will now apply to you, they are expensive to hire and are subject to permadeath if they die, unlike yourself. However, you can send them on individual quests on your behalf, equip them with better armour and weapons and if your group is big enough, they can lead their own little party.

They also take up a slot in your clan, so if you want to recruit more foot soldiers or companions, you'll need to increase your party size. 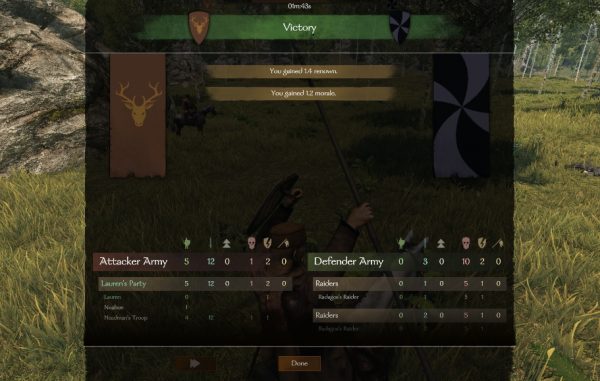 Mount and Blade 2: Bannerlord - How to increase party size

Despite being in early access, you'll be able to increase your party size to almost 200 people, which is pretty incredible. There are several skills you'll need to increase to do this, however, so make sure you create a character with the right perks. Having a high Leadership and Steward would be prudent, which you can increase by leading an army, maintaining high morale and keeping your soldiers well fed. Investing in the Quartermaster skill tree in Steward is key here, so make sure you have enough food and you'll blast through it in no time.