While Monster Hunter World can indeed be played in a solo capacity, multiplayer is really where it's at. Getting into it can be a little obtuse - so here's how to play with friends step-by-step.

Monster Hunter really is at its best when played in multiplayer, and one of the major selling points of Monster Hunter World is that being on full-blown, always-connected consoles rather than handhelds allows the developers to lean on the assumption that almost all players will be online more. They've done a pretty good job of that, though the process of actually getting into a multiplayer match can be a little convoluted and confusing the first few times you do it.

You'll have to do a few different things to get started, and before you do it'll be wise for you to consider your choice of armor and make sure you've got the best weapon for whatever quest you plan to tackle. Perform your upgrades and prep your character for co-op, check our Monster Hunter World Guide to make sure you're familiar with all of the game's systems, and when you're ready follow these steps to join your friends... 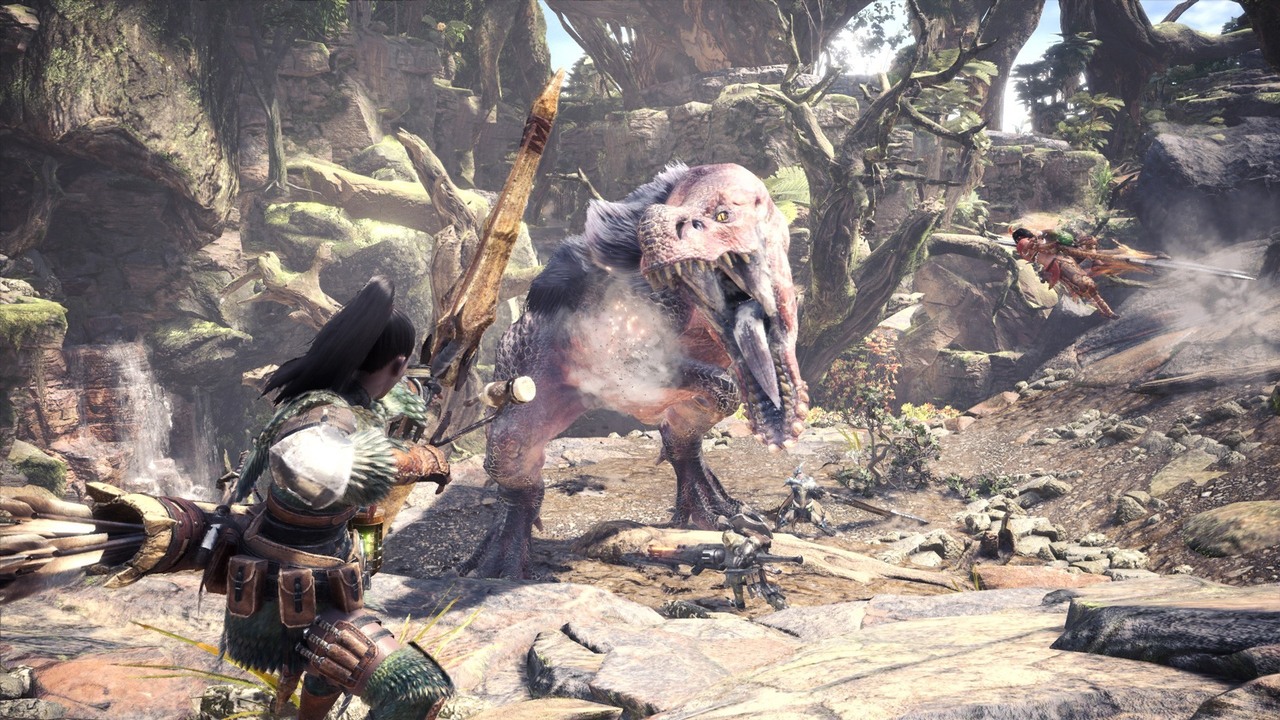 How to play with friends in Monster Hunter World's multiplayer

For now, let's assume you plan to be the host. If you want some random people to help you that's easy - you can just fire off a flare into the air and have random hunters drop in to assist. If you want to play with friends in a party that gets a little more complicated. Here's some rules to keep in mind:

When loading a save file you'll be presented with a multiplayer menu that has a few options - to matchmake, to use matchmaking with filtering, and most importantly to search for a specific session using a 'Session ID'. Sessions can be made private, making it invisible for all but those who know the session ID but are directly invited. By using a private session with a Session ID you can even eliminate the element of randomness with SOS flares, ensuring that everybody around in any given gameplay session is a friend. There's also search options based around Monster Hunter's in-game squads.

This menu of course contains an option to set up your own online session, and as previously mentioned this can be made open to the public or private and will have its own unique assigned session ID you can hand out to your friends. You can also do manual invites... 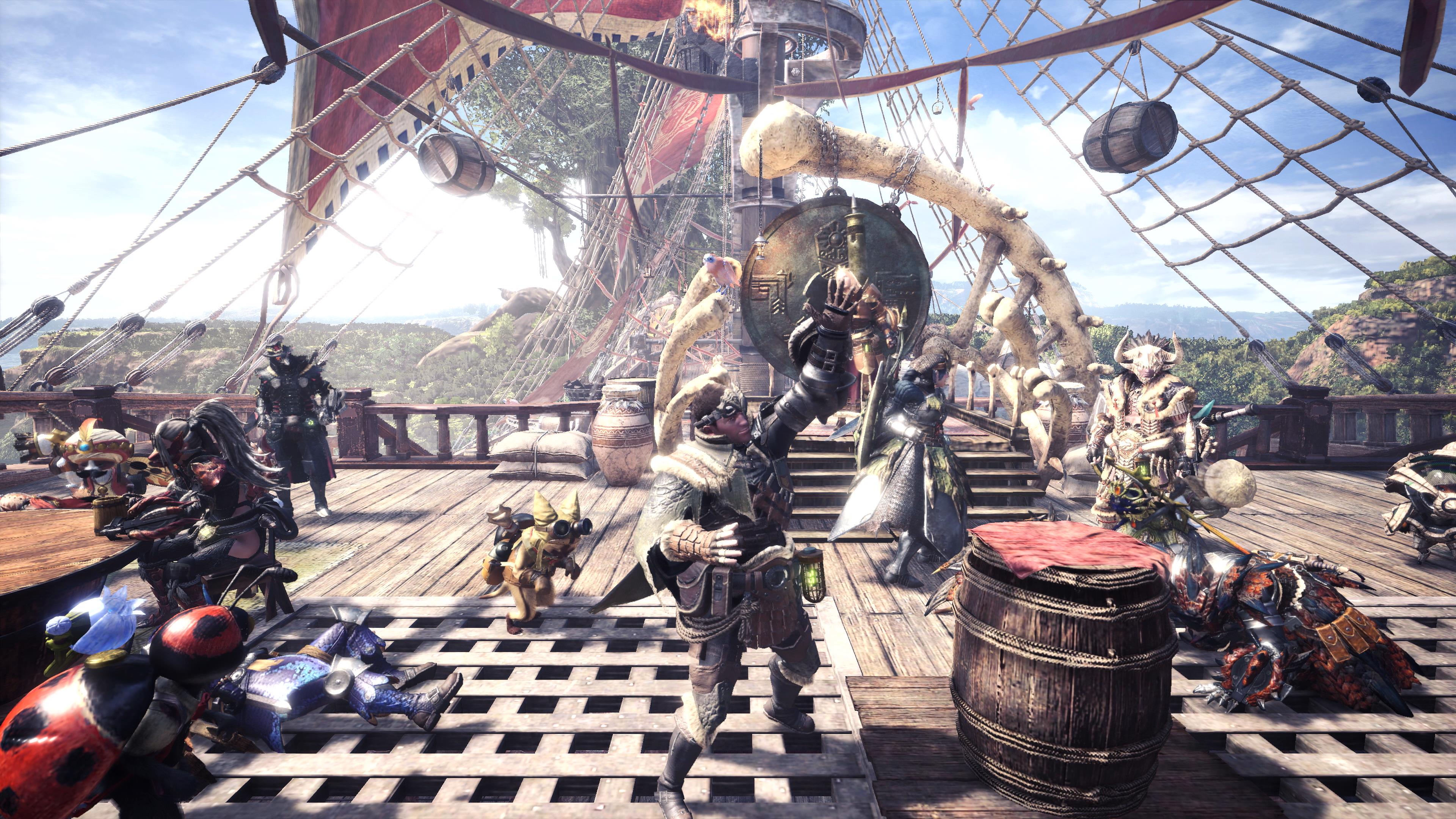 Once you're in an online session you'll then be able to invite friends. To do this, simply press the Start/Options button on your controller to bring up the quick menu. Look on this bar for the Communication tab - marked with a speech bubble. ON this tab there's a simple option buried away - obvious, but slightly hidden - Invite Friend. Hitting this will of course open up the Invite Friend interface of your PS4 or Xbox One that you'll be very familiar with from other games.

After your friends have joined the session, you can then begin to get stuck in to setting up a match. Head over to the Quest Board or your handler to get started and post a mission just as you normally would.

Once you've picked a quest to play you can limit the number of players that can join and even set a passcode if you're in a public session. When you're ready and have accepted the quest you'll have to wait for it to load. In this time and even after the load is complete but before you leave on the quest you'll be able to open the departure window - and you'll see other players able to join that session as they line up to help you out.

If you're not hosting the quest, you'll be able to join in much the same way - go to the handler or bulletin board, but rather than posting a quest request to join one instead. It's simple when you know how!

How to play Free-Roam Expeditions in Multiplayer

This is a bit of a strange one, but Monster Hunter World actually doesn't have an entirely natural way of letting you free roam in multiplayer. While you can head out on an expedition alone from the Astera hub world, you can't do this with other players for online co-op. There is a way around this, though - a way to play expeditions with friends. It exists!

It's easy when you know how - after an Optional Hunting Quest or an Investigation, you'll be given the option to "return to camp" or "return to headquarters". If you and your party members choose to return to camp, you'll be sent to an expedition on that same map, but you'll be playing it together as a group. Handy!

A final word, since this is coming up as a question quite often - no, Monster Hunter World doesn't feature any sort of local multiplayer or split screen offering. The game, to be fair, is focused on a level of detail in the environment that'd be diminished quite a lot in such a setting, so a spit-screen or other local multiplayer option is thus sadly nixed. You'll need two consoles to play.