Weapon Affinity can make or break a build in Monster Hunter World, especially in the late game. A few of World's systems could benefit from a bit more explaining, especially with the new influx of players from the PC release, so here's how it works.

While your main character doesn't level up or progress in Monster Hunter World in the traditional RPG sense, your progress is instead marked by the evolution of your gear. You'll spend much of the game working towards new and better armor sets and shiny new upgrades for your weapon of choice - and a huge part of the latter is the concept of Affinity, a special stat relating to weapons and their use.

Affinity is a statistic that helps determine how much chance a weapon has to deal additional damage in Monster Hunter World. It's really important to the meta of balance and has a larger impact on the tail end of the game and the high-end, high-rank hunts in particular. If you need more help with other complex bits of the game beyond Affinity we've got a full Monster Hunter World guide - check it out! 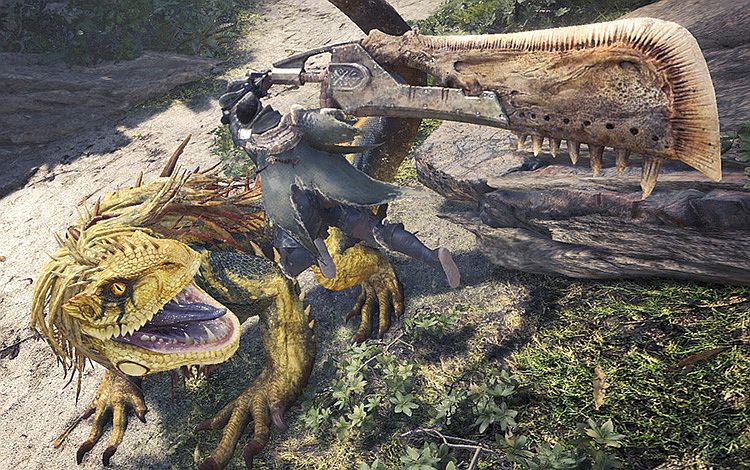 What is Affinity? How the Affinity stat works in Monster Hunter World

Affinity can be positive or negative - meaning that a weapon with negative affinity will actually be more likely to do 'weak' hits that have reduced damage. Meanwhile, a weapon with a high affinity stat will have a higher chance to do an extremely damaging critical hit - and in some instances and builds, crits can even be guaranteed in certain situations.

Every weapon in the game has its own unique Affinity statistic - these can be a neutral value of zero or can be positive or negative. Don't write off all weapons with a negative affinity value - for there's more to it than that.

A major part of balancing out your Affinity comes in the form of Armor Skills. Armor Skills are powerful abilities that are part of your armor pieces that you equip, and many of them can have an impact on your affinity. Carefully balancing out armor against your choice of weapon can lead to a powerful build, such as how in many previous Monster Hunter games a combination of a Greatsword with the Focus and Crit Draw skills would lead to a near unstoppable damage output.

We've got a full list of Armor Skills on our Armor Guide page, but for the record these are the ones we've found so far that increase your affinity: