Monster Hunter Rise isn't afraid to include a little levity to contrast its big action set pieces. I can't think of any other game where you'll find yourself prepping for an apocalyptic monster rampage one minute, then engaging the services of a group like the Meowcenaries the next.

The Meowcenaries are a team of Buddies — anthropomorphised cats and dogs known, respectively, as Palicos and Palamutes — who can be recruited as support characters by the player. They are absolutely as snuggly and adorable as they sound — but they possess function as well as form.

In this guide, we'll explain how Meowcenaries work and why it's a good idea to get them on-side.

The Meowcenaries are headed up by an NPC Palico called Felyne Chief Kogarashi. This battle-hardened Buddy can be found hanging around the Buddy Plaza in Kamura Village.

Kogarashi doesn't actually recruit Meowcenaries, but instead manages the team(s) on the player's behalf. 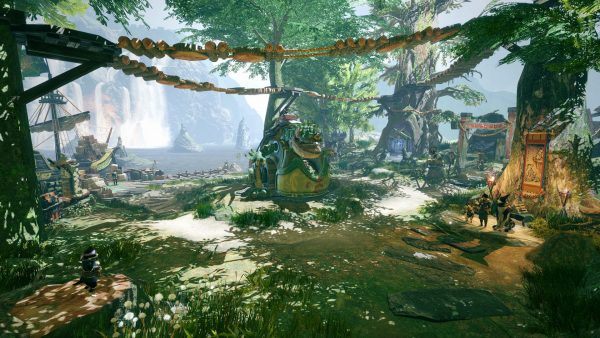 Once you've visited Buddy Handler Iori of the Buddy Scouts and recruited yourself a Buddy, you can choose to talk to Felyne Chief Kogarashi to assign them to the Meowcenaries. You can have up to four Buddies per team, and it's possible to have multiple teams working for you at a time.

Oh, and despite the name, the Meowcenaries welcome Palamutes to their ranks on the same terms as Palicos.

Meowcenaries teams can be sent on scouting trips while the player is busy elsewhere and bring back resources for you. Delegating to the Meowcenaries allows you to keep a steady supply of materials coming in without you having to grind for them all yourself. 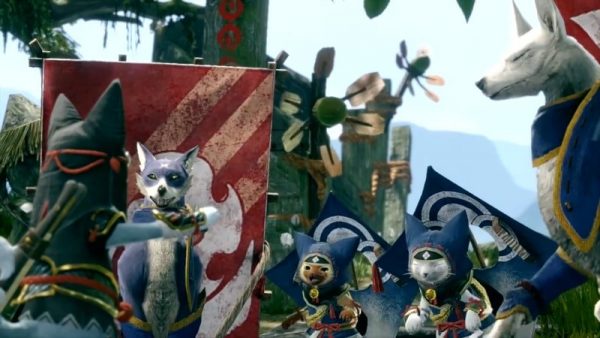 If you're deploying a team of Meowcenaries, you'll go through the following series of options:

The skills and levels of each Buddy you assign to the team will affect the likely outcome of the scouting trip. The Expected Outcome is rated on a five pawprint scale that you can track as you assign Buddies, with more successful trips yielding more and better rewards. 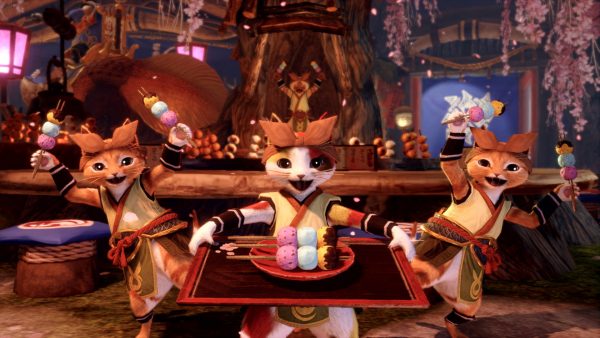 Once deployed, a team of Meowcenaries are absent on their mission for the duration of the next five missions completed by the player. They then return, and you can collect what they brought back from Kogarashi.

How to get High Rank Meowcenaries

Meowcenaries don't technically have their own rank. Instead, your Hunter Rank determines which areas you can ask the Meowcenaries to investigate. You may notice that at first, your Meowcenaries can only be deployed to Low Rank locations.

Once you have reached Hunter Rank 5 and unlocked 5-Star Quests, you will be able to deploy Meowcenaries to scout High Rank locations.

Occasionally, a Meowcenary scout team will discover a small-scale Rampage outbreak during their expedition. This will be brought to your attention on the Scout Location map. 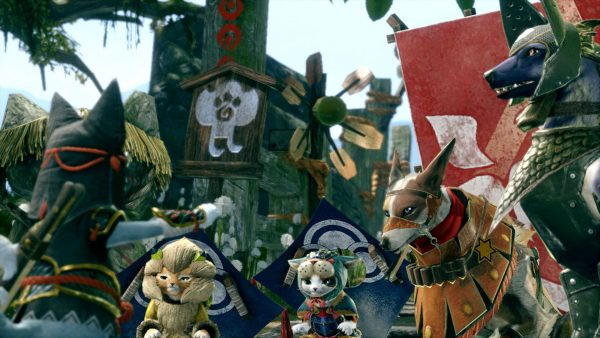 These outbreaks are highly dangerous and optional to complete, but you will get more monster materials from them (as they contain more monsters than usual). It's up to you to deal with these outbreaks for yourself: the Meowcenaries won't get involved, though of course you can re-assign Buddies to your support team and take them along.

For more on the benefits of working with your fuzzy Buddies, see our guide on collecting and using Buddy Tickets.

Or for all your other Monster Hunter Rise guides needs, check out our guide hub page.