Monster Hunter 4 is getting its very own blue 3DS model in Japan. Get your first glimpse of the new design here. 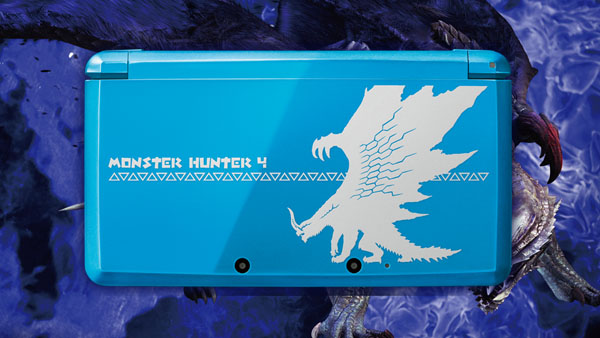 Nintendo announced the new console design over on its Japanese site, along with a ¥19,800 price-tag. It launches on November 7 and comes with a download edition of Monster Hunter 4 and a 4GB SD card in the box.

Just his week Capcom announced it has shipped three million copies of Monster Hunter 4 in Japan since its September 14 launch. It's doing very well.

Would you like to see the game launched in the US, UK or Europe? Let us know below.