Recently leaked gameplay from season 3 has revealed a new Modern Warfare LMG - or perhaps it's more accurate to say a returning one.

The footage comes from known Modern Warfare leaker TheGamingRevolution, who posted a video showcasing the new LMG over on YouTube. You can check out the full video below.

Until now the new LMG has simply been listed as "classified," but as TheGamingRevolution points out in the video, it looks strikingly similar to a Call of Duty fan-favourite: the M249 SAW. However, it also looks a bit like the M240, so it's currently unclear as to which of these classic LMGs Modern Warfare is iterating on (although the SAW is more likely). There's also the chance that it's a totally new gun that just looks a bit similar, but it's a little too close in shape and structure for reasonable distinction considering that the other two already exist.

It's worth nothing that the leak also mentions the new Obsidian camo coming to Call of Duty: Modern Warfare. This was also mentioned in the Infinity Ward blog post about the next Modern Warfare update - due to clock in at a whopping 15GB! - which lends itself to the legitimacy of the leak. 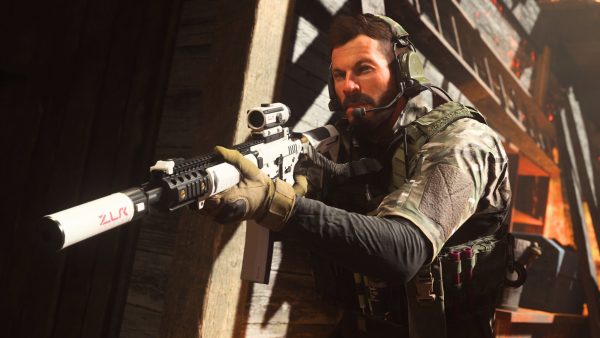 Call of Duty: Modern Warfare's latest update is scheduled to drop tomorrow, April 28. As a result, the SAW (or its shooty doppelganger) could be arriving sooner rather than later. At least the addition of a new gun would explain away a small fraction of the 15GB data pack necessary to simply boot up Modern Warfare from tomorrow onward.

If you want to brush up on your skills before the new LMG drops, check out our piece on why Tracker is an essential stats engine you should already be using. You can also check out our comprehensive list of the best FPS games.