Creator of a Fallout: New Vegas mod put out comparisons that suggest Bethesda may have been inspired by his work when creating a quest in Fallout 4's Far Harbor DLC. 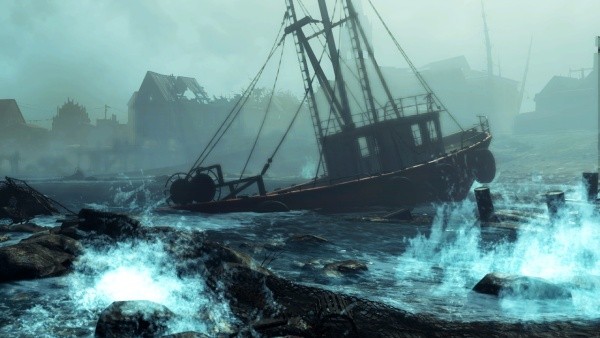 Guillaume Veer is the creator of a Fallout: New Vegas mod called Autumn Leaves. The mod was released a few weeks before the launch of Fallout 4.

The modder believes Bethesda took a bit of an inspiration from his mod when creating Brain Dead, a quest in the recently released story-focused add-on for Fallout 4, Far Harbor.

"It featured a colourful cast of eccentric robots, in charge of a forgotten Vault where a strange murder happened. Sounds familiar?" he wrote on the project's ModDB page. According to Veer, a fan brought the similarities between the two to his attention, as he has yet to play the DLC.

"Wow, there, people. I knew that Bethesda was keeping an eye out on mods and taking the best ideas to integrate them in their future instalments (like they did for Wasteland Defense for Fallout 4), but this!" he said.

The creator then goes on to list how the quest resembles his mod in a number of key ways, such as the main theme being an investigation of a mysterious death by speaking to every robot in the vault, how voice modulation plays a major part in distinguishing between the robots, and more.

"Now, now, truth be said, I honestly thought Bethesda’s staff played Autumn Leaves, had a blast with it (I hope) took some things out of it and made their own thing for Far Harbor. And I seriously think this is perfectly okay," he added.

When asked to comment, Bethesda's VP of marketing Pete Hines told Gamespot, "We love our mod community and would never disrespect them. I checked, and any similarities between the two are a complete coincidence."

As Gamespot notes, similarities in a game that already shares many of the mod's themes, are bound to be found. That said, the similarities - while welcome by the mod creator - are really interesting, especially concerning two very distinct scenes (which we won't spoil.)

"Of course, it raises some questions : should modders get some recognition from the industry, compensation? How could those two dynamics - paid content and free creation - should be managed? What kind of acknowledgement should a big publisher give to small creators? What is the kind of acknowledgement they can afford?" Veer concludes.

You can see all the major story beats that appear in both the original mod and the Far Harbor quest broken down in the original post.