A group of players recently discovered the seed for the Minecraft title screen, which means you can now mine diamonds and beat up creepers in the game's most recognizable world.

The discovery was originally shared on Reddit, where a user who goes by the handle of Tomlacko posted their findings.

"Everyone should be familiar with this world," wrote Tomlacko. "It's the one that always appeared on Minecraft's main-menu, blurred and slowly rotating around."

"It first appeared in 2011 for Minecraft Beta 1.8 and stayed for many years, until it was only recently replaced in 1.13 and every version after that," they added. "And nobody ever knew the seed - until now." 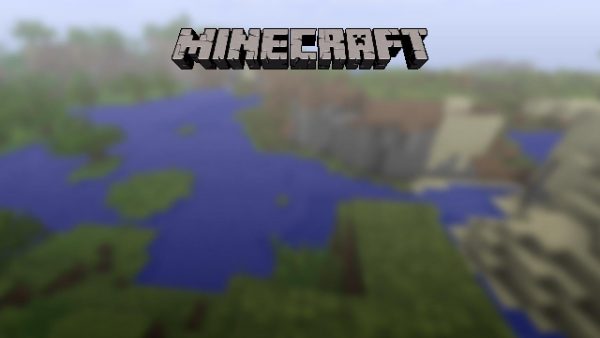 Tomlacko says that the project started on June 14, 2020. As of July 18, the team finally managed to unearth the official seed for the iconic title screen, which they have since shared online.

The project involved researching the exact version of Minecraft's poster world, as well as its world axis and Z coordinates, which were intuited using cloud formations.

"Then, a part of a new Minecraft-research-oriented Discord server Minecraft@Home was dedicated to this project and work quickly started to be done," notes Tomlacko.

According to the post, a video detailing the ins and outs of the project is due to be published on SalC1's YouTube channel soon. Until then, you can watch the official seed reveal in the video embedded below.

For those interested in visiting the seed for the Minecraft title screen world, here are the details:

The Minecraft@Home team is also conducting other research at the moment, with Tomlacko specifically mentioning their search for the tallest cactus. So far, they've managed to find a naturally-occuring 22-block cactus, which truly is is a whole lot of blocky barbs.

There are loads of other cool ongoing projects in Minecraft, too. One player managed to build a perfect replica of Skyrim's Dark Brotherhood Sanctuary - right down to the Night Mother! - in Minecraft, while another is currently hard at work constructing Pokemon's Kanto region.