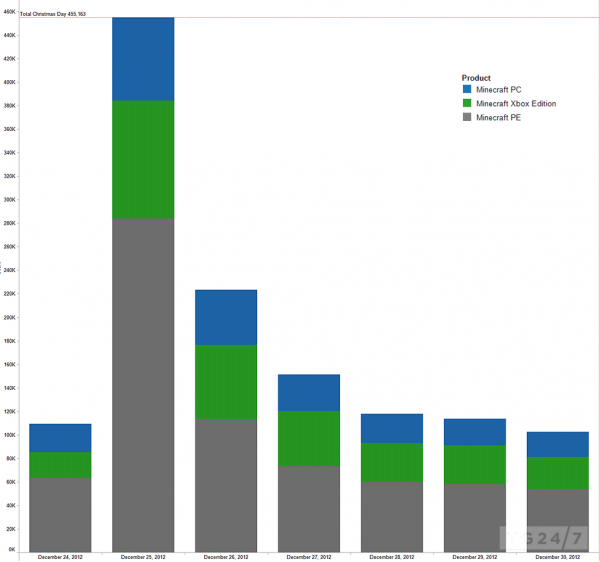 The above stats were released by the studio this morning, revealing that across all formats Minecraft sold 4.2 million downloads in December 2012 alone.

Drinks are on Notch then yeah?

Minecraft fever is definitely in the air. Recently, this man has attempted to re-create the Earth to 1:1500 scale. Just try to imagine what that'd look like, then go here to see what it actually looks like.