Some images from the Assassin's Creed movie have surfaced, showing Michael Fassbender as his Spanish Inquisition ancestor Aguilar and present day Callum Lynch. 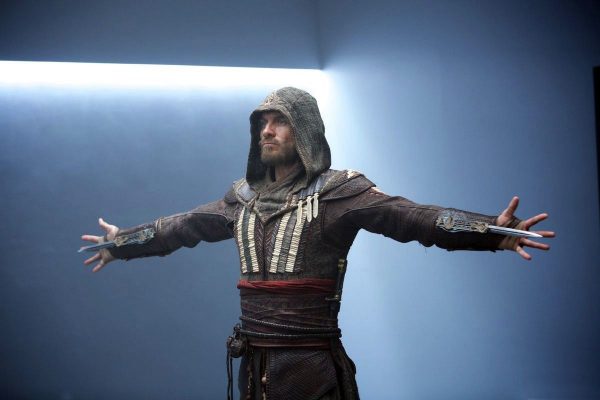 Posted over on The Playlist (thanks, GamesRadar), one of the images also show what looks like the film's version of the Animus with Callum strapped in.

All of the other images are action-type shots Fassebnder as Aguilar on a horse, and looking ready to stick someone.

It will hit US theaters December 21 and in the UK on January 1.

You can check out more images from the film over through the link to The Playlist above.