Team Meat has released the fourth of five promised pieces of character art for Mew-Genics, this time introducing Tracy. She "likes cats, but isn't a big fan of you", apparently. We don't know what Mew-genics is; it involves randomness and cats and is very strange. Admire the new art through the break. 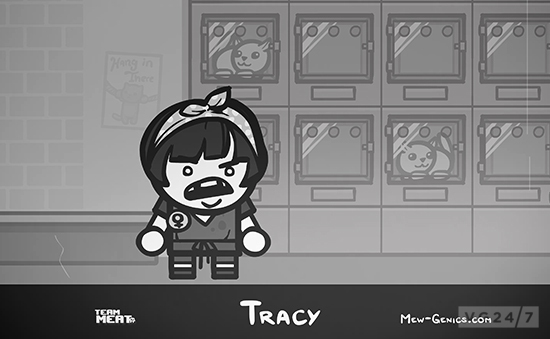