Destiny: Rise of Iron includes a quest called Metal and Flesh, and we expect big things to come of it. 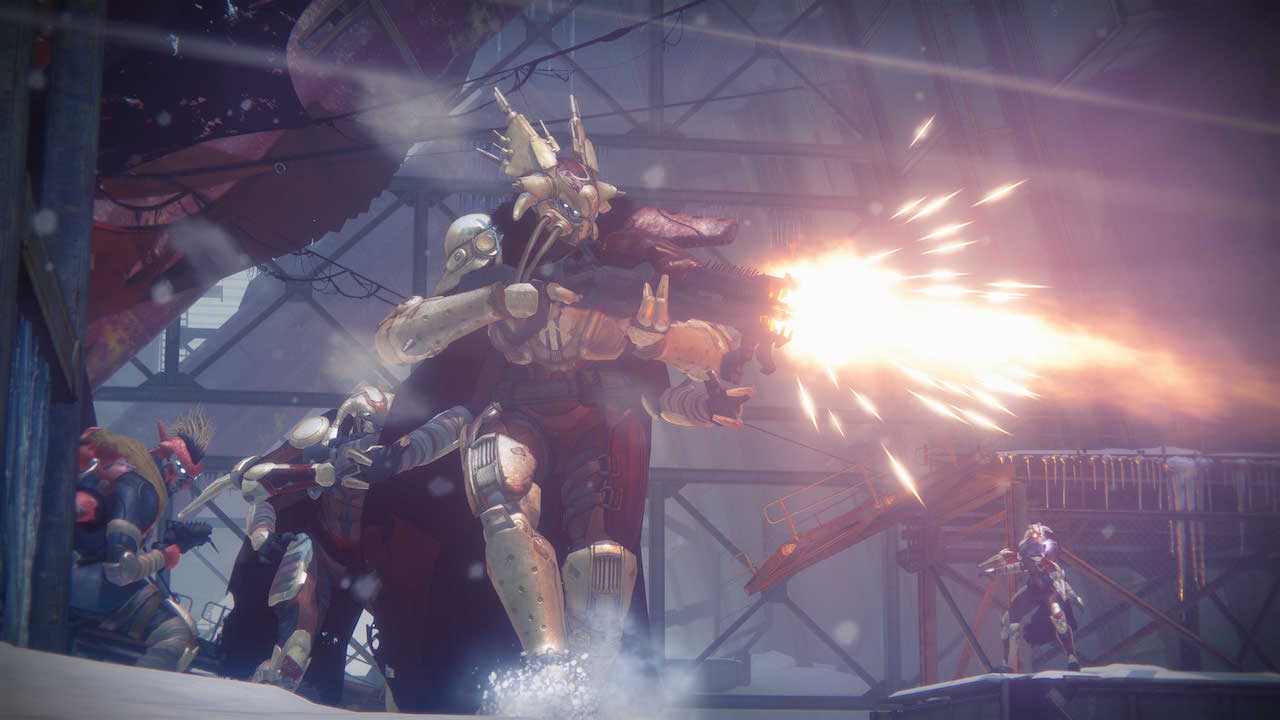 Metal and Flesh is one of the more mysterious entries in Destiny: Rise of Iron's new Rise of Iron Record Book. You've probably noticed it there and wondered how to complete it if it isn't in your quest log already.

Metal and Flesh is a mission given to the player by Shiro-4, but the conditions for receiving it aren't yet clear. It sometimes pops up when you turn in bounties, but it may not be totally RNG-based like Exotic weapon bounties - it looks like you might need to hit a certain Light level or chew through a specific amount of Rise of Iron content before it pops up, as so far it seems to be the players who have sent the most time in-game who have received it.

Metal and Flesh charges the player to slay the Archpriest, Repair the Siege Engine and slay Aksis. But how do you do that?

Where is the Archpriest?

If you've received the Metal and Flesh quest, check your record book and you'll see it's part of a greater quest called Wrath of the Machine. Yes, that's the new raid - and yes, the objective steps are the three main encounters in the raid.

As such, you won't have any luck just wandering the Plaguelands looking for the Archpriest, the Siege Engine and Aksis: group up and get into the raid, Guardian.

Wrath of the Machine quest

Given how many analogs there are between Rise of Iron and The Taken King (Dormant SIVA Clusters to Calcified Fragments, for example), some players had hoped that Metal and Flesh was the equivalent of Hunger Pangs, the questline that led to the Exotic scout rifle Touch of Malice in The Taken King. The community hopes it might lead to the missing fourth Exotic quest we'll need for A Life Exotic, and that SIVA-themed Exotic pulse rifle.

Unfortunately, only two stages of Wrath of the Machine are available as of Destiny: Rise of Iron's launch week and they don't seem to go anywhere; the last step of the quest sends you off to collect a SIVA Cache Key. Which is great, obviously, because it means you can open the raid chest and get sweet loot - but not an Exotic quest in the making.

Progressing Metal and Flesh for your Record Book

We'll have to wait and see how the quest develops when the raid launches, but here's one more little note about Metal and Flesh, taken direct from Bungie's help pages for Destiny: Rise of Iron.

Metal and Flesh Milestone: Progress on this Milestone can be viewed by all Characters on a player's account, but the requirements for this Milestone must all be met on a single character.

What that seems to mean is that you must defeat all three raid bosses at least once with one character.