Bioware as released Mass Effect: Andromeda update 1.06, and along with improvements to cinematic scenes, performance and stability, a change in how you romance certain characters was also made. 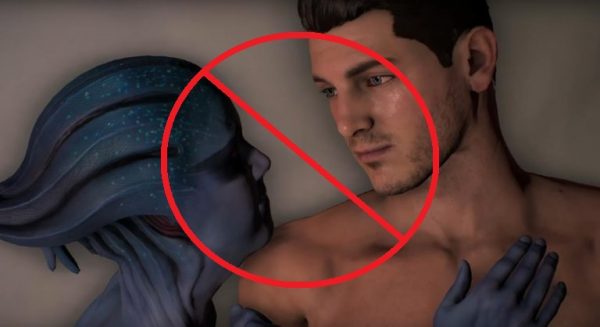 According to the Mass Effect: Andromeda patch notes, a rather annoying player-reported issue was fixed: SAM will now no longer tell Ryder they have received new email. Finally.

Dialogue options will now no longer appear “greyed out” if a character has more to say, combat and multiplayer balances were made, but unfortunately, players can no longer play the field when it comes to certain females.

Actually, it was bug, and because it has been squashed you're now forced to make a choice between trio. We have a romance guide for Mass Effect: Andromeda which should help you decide between one of the three.

With the update, players who own the Deluxe or Super Deluxe edition will also receive two custom Nomad skins, a new casual Pathfinder outfit, and an exclusive multiplayer pack with a high chance of receiving an ultra-rare item.

A myriad of multiplayer changes were also applied with patch 1.06, mainly combat balance updates. The improvements were made to the overall experience based on player feedback and developer testing.

Powers and weapons were underperforming at higher difficulties, particularly power combos and assault rifles. As a result, players "relied heavily on the Vanquisher sniper rifle" and melee-focused classes.

Current damage levels were found to significantly slow the pace of games on Gold and Silver difficulties. To fix the issue, Bioware has started overhauling balance in multiplayer, and today's changes are the first step in that process.

An issue where the player would crouch repeatedly while interacting with device was fixed, deceased characters no longer fall through the floor after an Ascendant attack in the extraction zone on Firebase Icebreaker, and improvements to reduce lag for players and hosts were made.

The multiplayer notes contain more than the aforementioned, are rather extensive, and full of developer commentary.

If you play Mass Effect: Andromeda multiplayer, you will want to give the notes a look through the Bioware Blog.

General patch notes for the core game are listed below.