You probably won't be seeing a Switch version of Mass Effect: Andromeda. 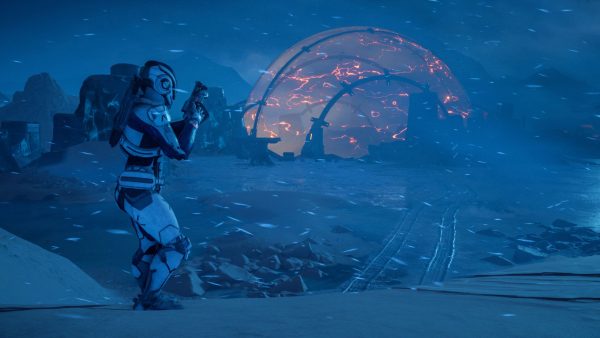 Although none of the Nintendo Switch leaked specs suggest the upcoming console will be in the same league as current-gen hardware like PS4 or Xbox One, some were hoping for a Switch port of Mass Effect: Andromeda, even if ends up being inferior to the other versions.

Unfortunately, at least at this stage, no Switch version is planned. That's according to BioWare's Michael Gamble who told Stevivor that though the studio is open to the idea, it's not actively making a version for the Switch.

"We’re not planning on it. If the Switch launches and everyone’s just yammering for Mass Effect, who knows," he said.

The only Mass Effect title to ever release on a Nintendo console was Mass Effect 3. Though the Switch may miss out on one of the most anticipated games of 2017, Switch fans have next week to look forward to, as it's when we'll be hearing more about the console's launch line-up.

Andromeda does not currently have a release date, but BioWare previously said it's aiming for a spring 2017 launch on PC, PS4, and Xbox One.