Mafia 3 has a lot going for it but almost as much against it. 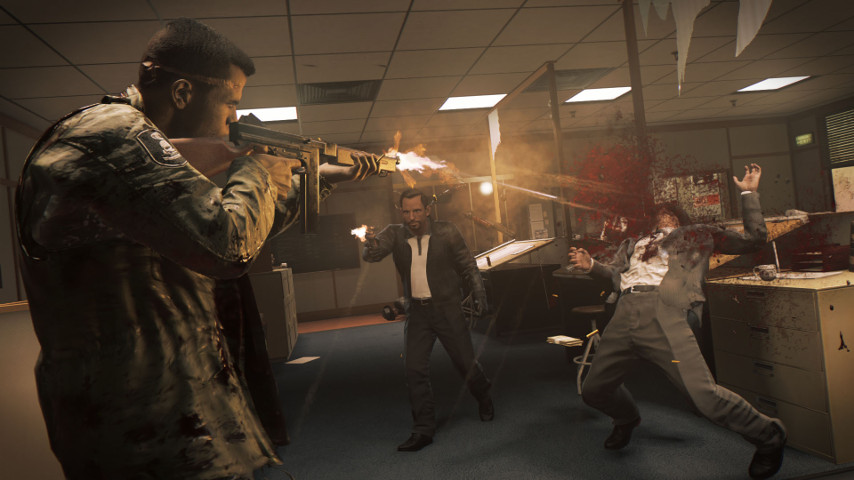 Mafia 3's framing device is pretty damn smart. The game opens not with the protagonist in the present day, but with people who knew him talking about the events of the game decades later. These interview segments are occasionally cut back to mid-story, adding colour to what you're up to in-game.

This is the best of Mafia 3. It's stylish, smartly designed and tightly scripted from both an event and character perspective. This is a level of quality the game strives for at every turn, but often fails to reach. Where it falls short is an interesting discussion.

2K failed to send through any early code for Mafia 3, so we're a little late with this write-up. The game has been out for a weekend, and I spent most of my weekend binging it. It's a bingeable game - but that's both a blessing and a curse.

The game's story introduction is interesting. In those opening hours is it resembles the previous Mafia titles: set in an open map, but linear in nature. Those games focused on their stories, funnelling you from mission to mission. You drove through the open world in pursuit of objectives, but not so often alone and for no reason. The open world was simply decoration. 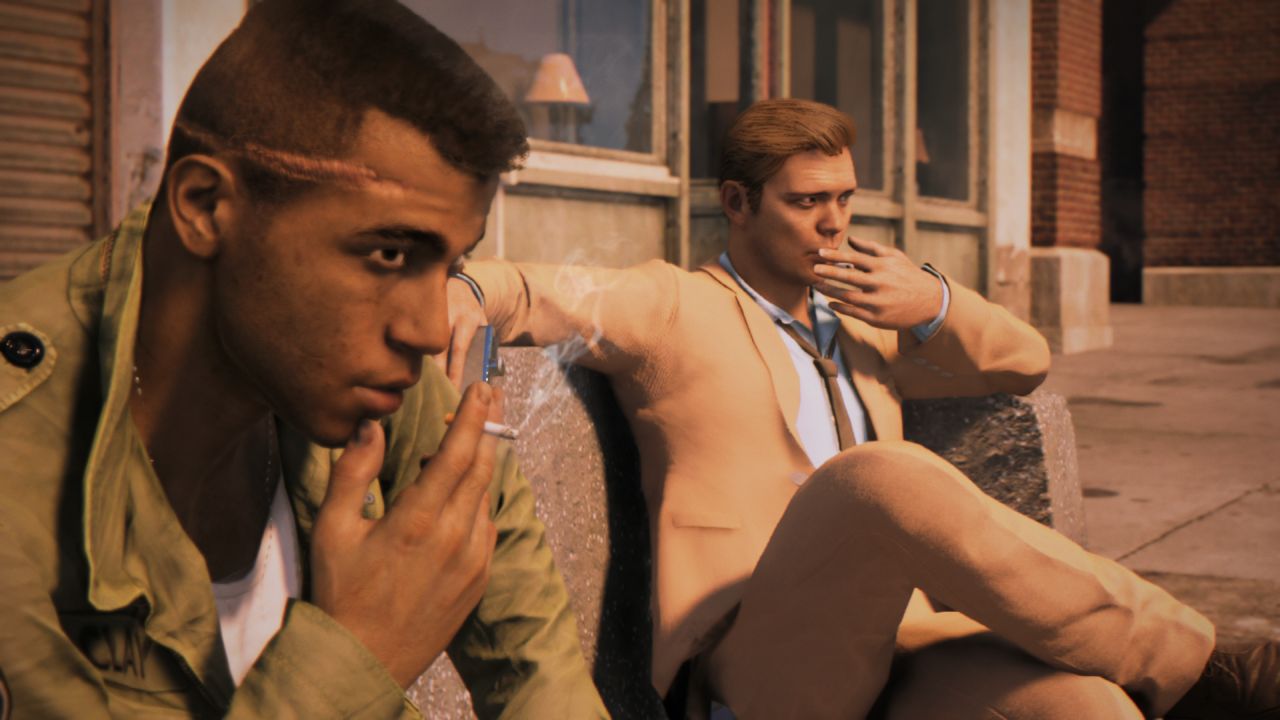 "There's something of the first Assassin's Creed here in a sense: performing slight variations on the same thing repeatedly in different areas to unlock the big assassination mission."

While the previous games came into criticism for being less open than Grand Theft Auto and the like, Mafia 3 does expose one strength of this design: It prevents the cracks from showing. It also allows for a greater focus. Mafia 3 eventually switches from this heavily curated introduction to a more open-world design when tragedy strikes at protagonist Lincoln Clay. Once that happens, the less desirable symptoms of a truly open-world game begin to take over.

Beyond its opening Mafia 3 becomes a territory capturing game that at its most basic level is similar to GTA San Andreas or Saints Row 3. Lincoln's revenge plan is to slowly strip everything away from the mob boss who killed his family. That involves dismantling his various business operations, which in turn involves visiting every district on the map to take down or take over some sort of criminal operation there.

Here's your basic structure: Head to a district and get an introduction to the targets there. The target won't expose themselves until you disrupt their business, so head out and perform some set of mini-missions to damage their bottom line. When they surface, take them out. Rinse and repeat. Simple.

There's an additional wrinkle in that Lincoln is backed up by three lieutenants who don't necessarily get along but share a common enemy. Once a district is taken, he'll have to hand control of a district's criminal enterprise to one of them. If neglected unhappiness might encourage them to revolt, so you have to be careful. Tackling optional side missions for each will increase their loyalty and the money they send your way. 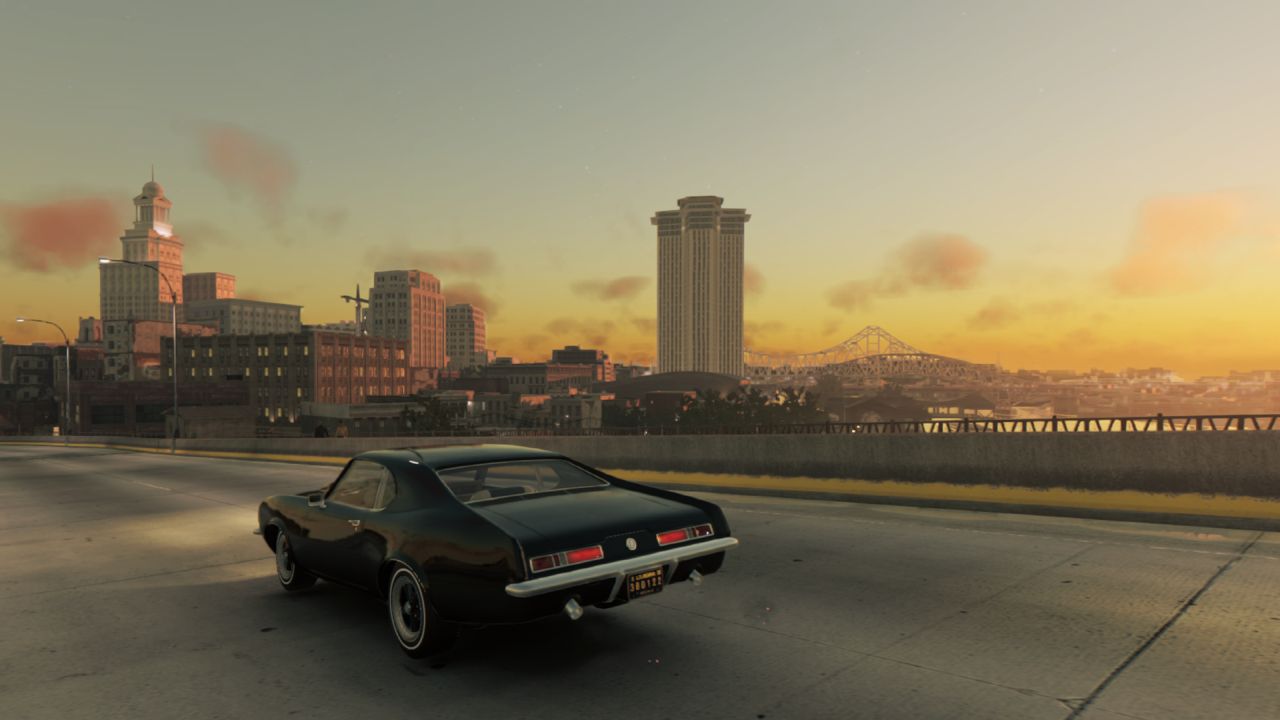 The problem with this structure is that it all feels a little like busy work. This is best personified in the downtown district, where you're told you can't reach a mob figure because he's holed up on the heavily-guarded hotel penthouse. There's no way to get up there, you're told. It's too hot. Too dangerous. We'll have to lure him out.

So begins an hour plus of busy work, running around the downtown area disrupting his operations. The missions give you a way into the hotel, so you now do the impossible assault. The assault is pretty cool and challenging, but it also serves to make the busy-work prior feel pretty bloody pointless.

There's something of the first Assassin's Creed here in a sense: performing slight variations on the same thing repeatedly in different areas to unlock the big assassination mission. Each district has some sort of unique twist to its tasks, but ultimately you're still up to the same stuff. It isn't the most inventive mission design. The end-of-strand mission for each district is always more unique and more rewarding, however.

This is also why Mafia 3 is an ideal binge game: once I found my groove, I could switch my brain off for these busy-work missions. If not for the bloody incredible soundtrack I'd describe it as an ideal podcast-listening game. 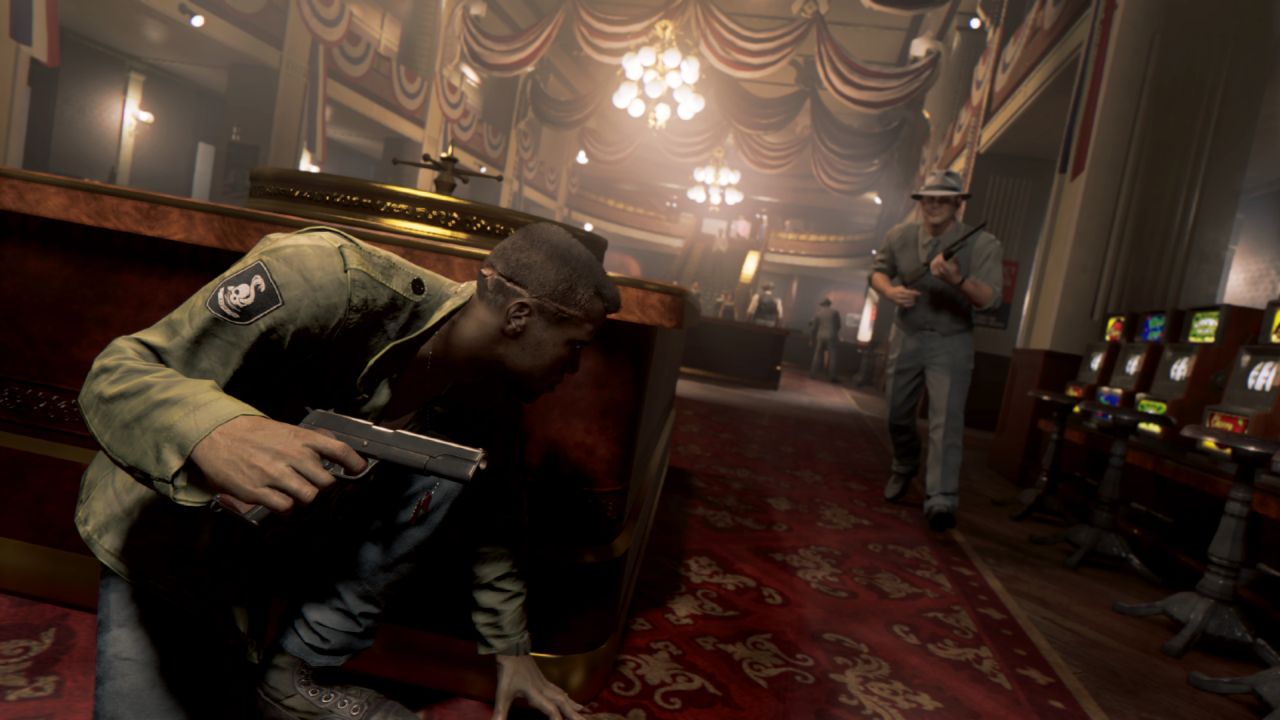 The other elephant in the room comes in the form of performance. I haven't suffered that badly on PS4, but there's some truly incredible videos out there of Mafia 3 bugging out in spectacular ways. The most common bug for me has been the lighting going mad for seemingly no reason, but the bottom line is that this seems like a game that desperately needed a little more time and a little more polish. It's by no means unplayable, though - this is a frustration, not a deal breaker.

"Slinking around a mob base shanking guys with your knife is satisfying, as is a proper gunfight when it goes well."

I'm not so hot on the missions or performance then, but in other ways Mafia 3 impresses. I love the way Lincoln moves, snapping in and out of cover and the like pretty solid for an open-world game.

The shooting and the stealth both feel pretty good if hampered by incredibly dumb AI. Enemy stupidity helps with the one-man-army feel, though, since if they were smarter storming bases would likely be a painful experience.

Fighting them is honestly good fun thanks to how Lincoln controls, but because the enemies are thick there's none of the domino-effect AI fun that enhances some other open world games. The game warns you early on that if police come and you're fighting the mob, the police will target you and ignore the mob. The mob pays them off, and you're black. It makes sense but also feels like an opportunity missed. When I played Watch Dogs 2 recently, a favourite trick was to set cops and gangsters off against each other. There's none of that here.

The map is littered with collectables and small non-mission tasks to complete, the most important of which comes in the form of wiretaps. Place these in each district and it grants you 'intel' which marks the map and offers Batman-style detective vision in that area. I began to play the game with a heavy reliance on stealthily hitting as many enemies as possible before opening fire and for that this proved vital.

This is where Mafia 3 does shine; slinking around a mob base shanking guys with your knife is satisfying, as is a proper gunfight when it goes well. Driving is good stuff, and the city of New Bordeux is well realized and fun to traverse. 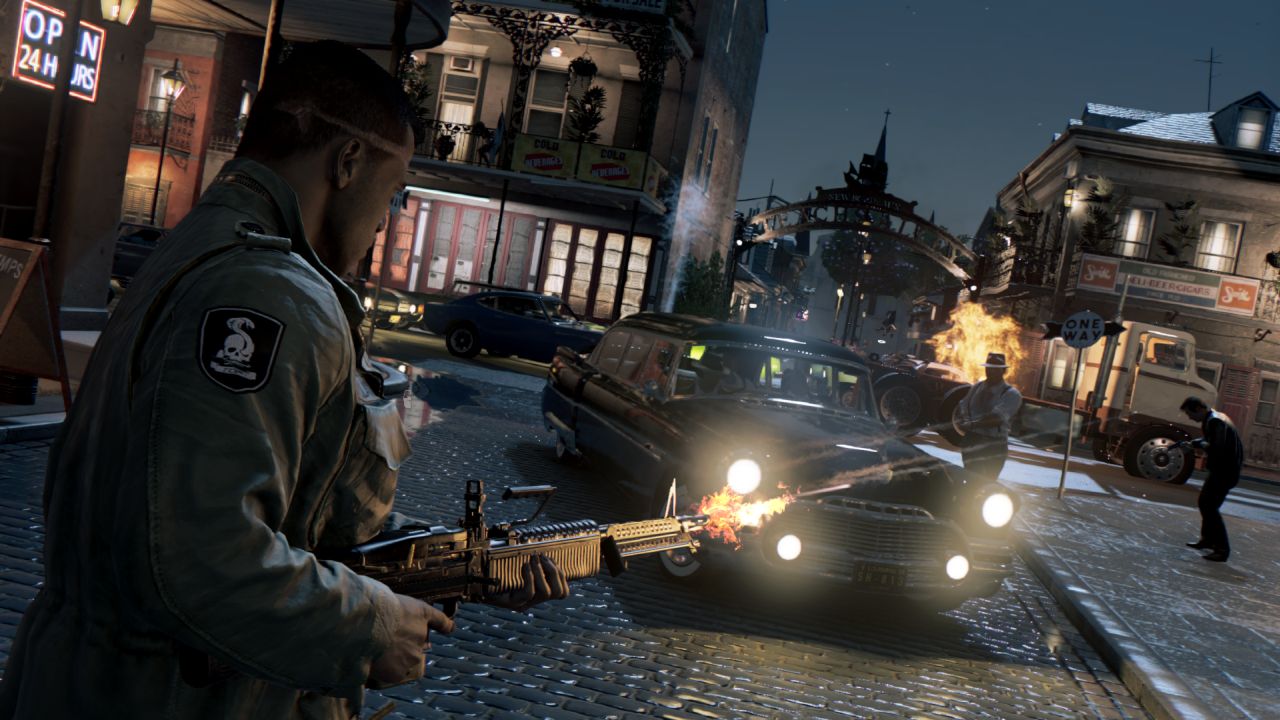 One particularly well-realized aspect of the world is its depiction of race at this period in time. This is something we can likely talk about separately, but I will say I was actually rather surprised at how well Mafia 3 handles the race issue.

In some places, race is entwined into gameplay itself. If you commit a crime and a witness calls the cops in a poor, black area of town the cops respond slowly, but if the same happens in a rich white area they're on you in a matter of seconds. Some businesses are off-limits for Lincoln as a man of colour, forcing a stealthy approach if you need to go inside. It's smart design.

Just about everything in Mafia 3's story presentation and tone is pitch perfect to me, and that too goes for the uncomfortable way race is addressed throughout. It's not meant to be comfortable or pleasant, but it is relatively unflinching in its presentation - the game deserves props for it.

There's a deeper existential question on if an open world crime game filled with over-the-top set pieces and brutal executions is the right place for an examination of race in the 1960s, but we'll save that for another time. The point is: They do pretty well here. Better than expected.

I could ramble on for longer, but I imagine you get the point. Mafia 3 features one of my favourite video game stories of the year, some gorgeous presentation, an amazing soundtrack and an interesting world. Sadly it also has by-the-numbers mission design and dubious performance.

I really like this game at its core, and because of that I really wish it was more, and more tightly executed. The good makes it an easy recommendation, but many might want to wait for a sale before following the recommendation. In the old days, I'd have called this a rental.