Grudge Match: Street Basketball, from the creator of Madden, aims to give players more freedom over how they play than any other sports game. 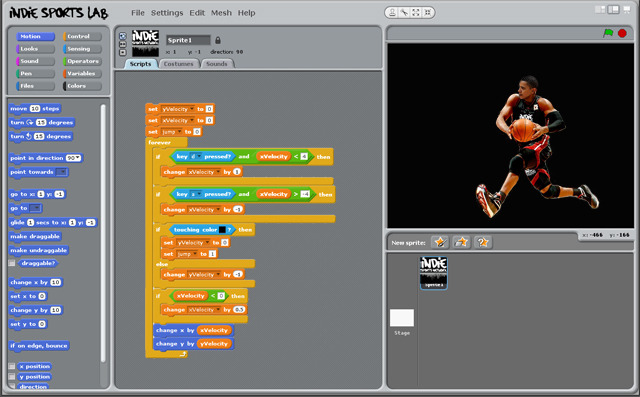 Currently seeking funding on Kickstarter, Grudge Match: Street Basketball is an arcade-inspired experience with deep customisation options. Rather than having players step into the virtual shoes of iconic athletes, the game centres on character creation: "you'll develop your own legend, on and off the court."

While Grudge Match is designed to be a compelling, accessible game by itself, it also gives players access to the back-end, where they can tweak their character's animations, moves and physics, to really make it their own.

It's the first title from Indie Sports Network, a multifaceted online service that will connect players of Grudge Match: Street Basketball and future games. The network will include a league, which will host worldwide tournaments and competitions; and a marketplace where players can buy and sell custom moves, characters, teams and courts.