You can find a Lost Ark Online community on Reddit and there's a Discord dedicated to this massively popular title, but unfortunately, it’s only open to Korean players, so here's a link to where you can find more information on how to access the game.

The open beta test doesn’t have an end date as of yet and no progress is expected to be lost at any point, with the aim of letting players keep their progress when the game eventually launches. You can find more information at the Lost Ark Online homepage here.

Smilegate is introducing the game to the Chinese market and there’s a petition online to bring it to the West as soon as possible.

Our buddies at Arekkz gaming have been playing it, so take a look at their videos to see if this is the MMO-RPG for you.

Lost Ark Online is a PC game, so here’s the basic set up you’ll need to play:

As with any MMO-RPG, there are a lot of features and mechanics to get your head around. We’ve summarised these as best we can, as any MMO-RPG can be confusing at the best of times, so here are some of the key things Lost Ark has to offer: 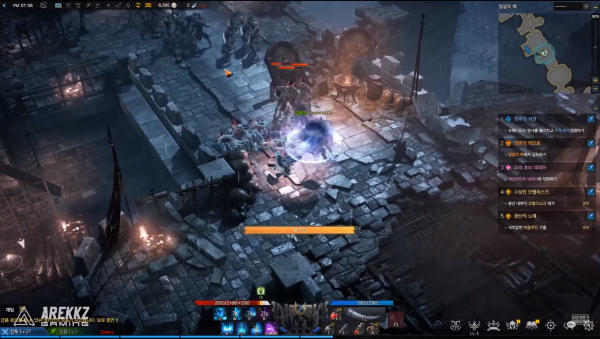 As we previously mentioned, there are 6 different classes to choose from with a total of 18 different subclasses. Each class comes with its own special weapon or item.

There are three types of levels in Lost Ark Online: Combat, Life and Exploration. The current maximum level for Combat is 60 and level 30 for Life, but there is no cap for Exploration as of yet.

You’ll need to reach a base level of 30 before you can explore the cinematic dungeons and rightly so because they look hard as balls.

Lost Ark Online - what’s it about?

(It wasn’t easy to find a translation of the plot of Lost Ark, so if we’ve missed any key information, please let us know!)

Long ago, heroes built and used the Ark to defeat Kazeros and his Demon Legion after being abandoned by their gods. The Ark fell into myth, and everything returned to how it should.

The demons have reappeared, so it is up to you and your companions to traverse the map and find pieces of the missing Ark in order to rebuild it and defeat Kazeros and his six legions and close the Chaos Gate.

Lost Ark Online boasts a wide variety of content including PvE raids and cinematic dungeons, a PvP arena and other social activities such as island conquering and decorating, gathering resources and crafting.

Discovery is one of the key components, as you traverse the map looking for ways to rebuild the Ark, interact with NPCs and discover the wealth of quests hidden along the way.