Looks like our favorite angry god killer, Kratos, is coming to Fortnite.

Leaked on the PlayStation Store and pretty much confirmed by PlayStation and Fortnite tweets, it appears God of War's Kratos is coming to Fortnite.

Obviously, Kratos will be a PlayStation-exclusive, but it's fun to know the man is coming to the game.

As you can see by some of the images posted to resetera, his weapons will also make an appearance. 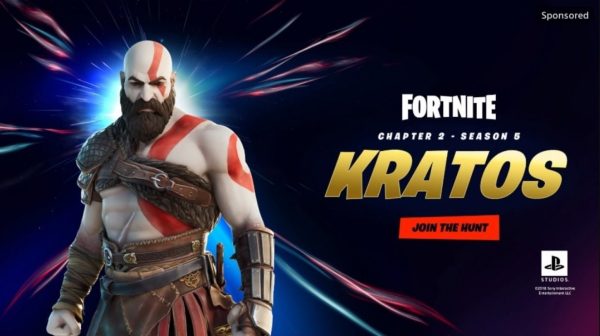 When to expect the man himself is unknown at present, but surely we'll know more soon.

A story trailer for Fortnite‘s Chapter 2 – Season 5 arrived earlier today, and features returning Agent John Jones, who is linked to the mysterious and powerful Zero Point.

There is also mention of The Seven in the trailer, which brought about The End event which kicked off Fortnite Chapter 2.