Lightning Returns: Final Fantasy 13 is going down a different aesthetic path than previous games in the saga, drawing inspiration from industrial revolution London and other settings, but definitely not Skyrim, Square-Enix has stressed.

Speaking with Kotaku, the game's battle director Yuji Abe discussed the game's darker edge, and how he hopes all of the saga's key characters will find a sense of hope by the time the end credits roll around.

Abe stated, "'A battle with destiny,' which is a theme at the root of the Lightning Saga, becomes a heavier burden on their shoulders as more events and people are sacrificed with each instalment."

"By spending three games to depict their stories, I'm hoping that they are released from what binds them to their destinies, and they will get to see an end filled with a true sense of hope."

Art director Isamu Kamikokuryo also dipped into the artistic inspirations for the game's darker, more gothic locales, "When I first looked over the proposal documents given to me by the director, I thought it would be a great fit to have the following three elements as the main pillars: the elements of a mechanical design, which is consistently used throughout the FFXIII series, elements of fantasy, which is characteristic of the whole Final Fantasy series, and an element of gothic design, in a very broad kind of way."

"We are picturing the streets and alleys of London around the time of the Industrial Revolution, near the end of the century."

Kotaku also posed to the team that the game's logo looks quite different to previous logos in the series, even suggesting that the developer has attempted to ape Skyrim's motif. 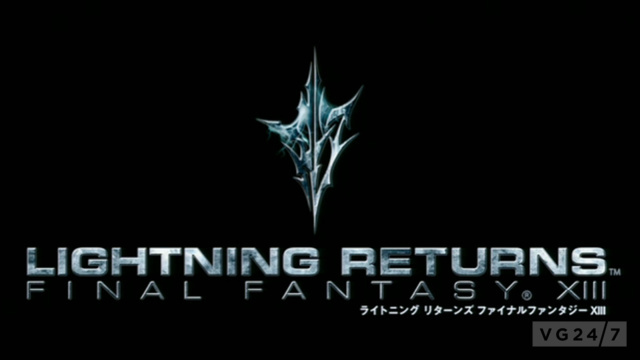 Producer Yoshinori Kitase replied, "We revamped the title logo because we wanted to convey the 'newness' of this installment. Traditionally, the Final Fantasy series logo can be characterized by a delicate, yet bold illustration that is placed within the logo."

"However, this time our intention was to present a newness using an emblem with sharp edges and a symmetrical design. And so there is no relation to Skyrim whatsoever. Of course, there are many members of the dev team that enjoy playing Skyrim."

Are you looking forward to this game, or do you just want an new title in the series? Let us know below.