Dontnod, developer of Life is Strange and the upcoming Vampyre, has inked a deal with Bandai Namco to create a new IP.

The new project, revealed by MCV, will be a narrative adventure, presumably similar to Life is Strange.

The game is set in a fictional city in the US, and part of the gameplay will involve a lot of investigative work. Though it has been in development since last year, the pair won't officially reveal it until sometime in 2018.

Interestingly, part of the reason why it takes place in a US city is because Namco wanted the game to "win" with the US market, which in turn helps attract a broader audience globally.

"We want [new IPs] to make up 50 per cent of our business, and we're achieving this by developing long-term partnerships with a few studio," said VP of marketing and digital at Namco, Hervé Hoerdt. 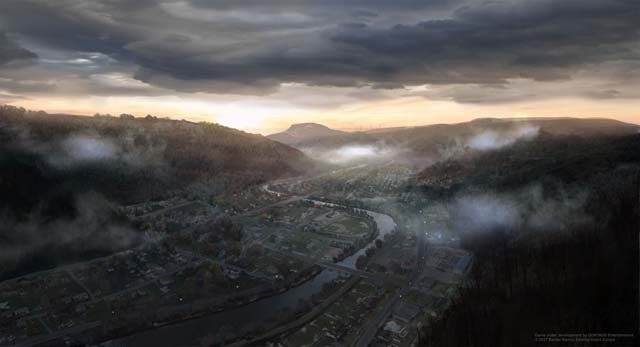 "The first visible part of this was Little Nightmares, and we've been extremely happy [with it], but this is only the start of something. We also recently released Get Even, and now we're very happy to partner with Dontnod."

We only have the concept art above to go buy, but Hoerdt said that the story will be emotional, letting us dive deeper into the psychology of characters.

The project is being developed by a team within Dontnod separate from the one currently working on Life is Strange 2. It has not been confirmed for any platforms just yet.