Yes, we're still banging on about it.

The Destiny 2 beta drew to a close on Tuesday after a week of Strikes, Crucible, and a quick peek at The Farm over the weekend.

The reception to the beta has been mixed, but there are some valid criticisms that we hope are going to be addressed before release. The beta is a months old build, so we can hope that most of them have already been fixed, but we’re going to have a moan about them anyway, for good measure.

First off, the beta was devoid of everything that makes Destiny, Destiny. Brenna put it best, saying “it’s missing its heart and soul.”

With no character customisation, no progression, and barely anything to do, it was a massive letdown after all of the hype, especially when compared to the beta for the first game.

Everything about it felt small and underwhelming, from the linear story mission that can only be played once per character, to the tiny Crucible maps, and The Farm social space which sounded like it should have been a rich, rural environment to contrast the Tower, but in reality, was anything but. 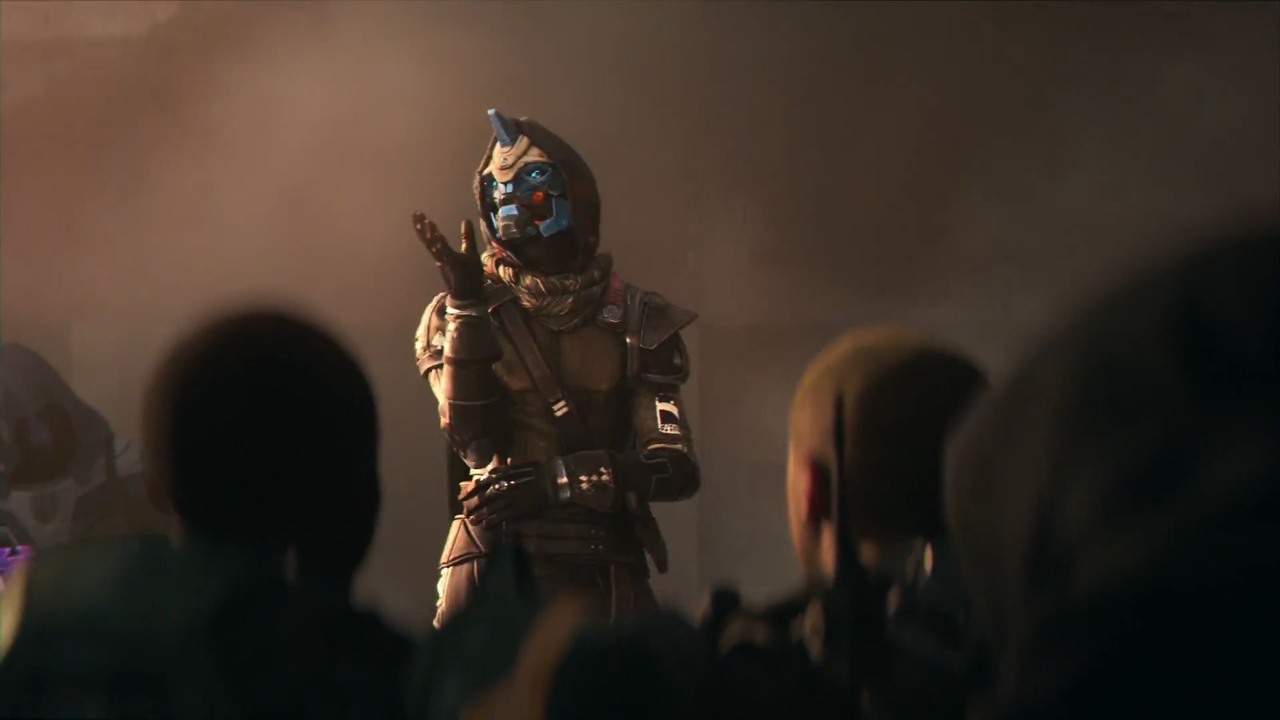 "Bungie’s perplexing choices extend to the combat, with their focus now on PvP rather than PvE, which was the selling point of the series in the first place."

As Guardians, we’ve travelled the solar system and poked around the ruins from the Golden Age. The past was clearly a very satisfyingly sci-fi place before it all went to hell in a handbasket.

Zavala’s epic cinematic trailer showed him building the wall and the Last City up from practically nothing. A small settlement of huts was transformed into a slick hangout for Guardians, while the civilians had an entire city on the ground below.

And then we have The Farm, where the Tower’s survivors have set up shop in a couple of crumbling buildings.

The Farm is where we’ll meet Hawthorne, a character whose name popped up in relation to the Frontier bag included in one of the collector’s editions of the game.

She left the Last City as a teen to make a life for herself outside of the wall, coming to realise that her purpose in this world was “to provide shelter to humanity by helping them not only survive, but lead a better way of life.”

If this is the case, and The Farm is where she’s been carrying out this calling, she has been seriously slacking off. There’s a huge disconnect between the aesthetics and spaces of the Tower, and those of The Farm. 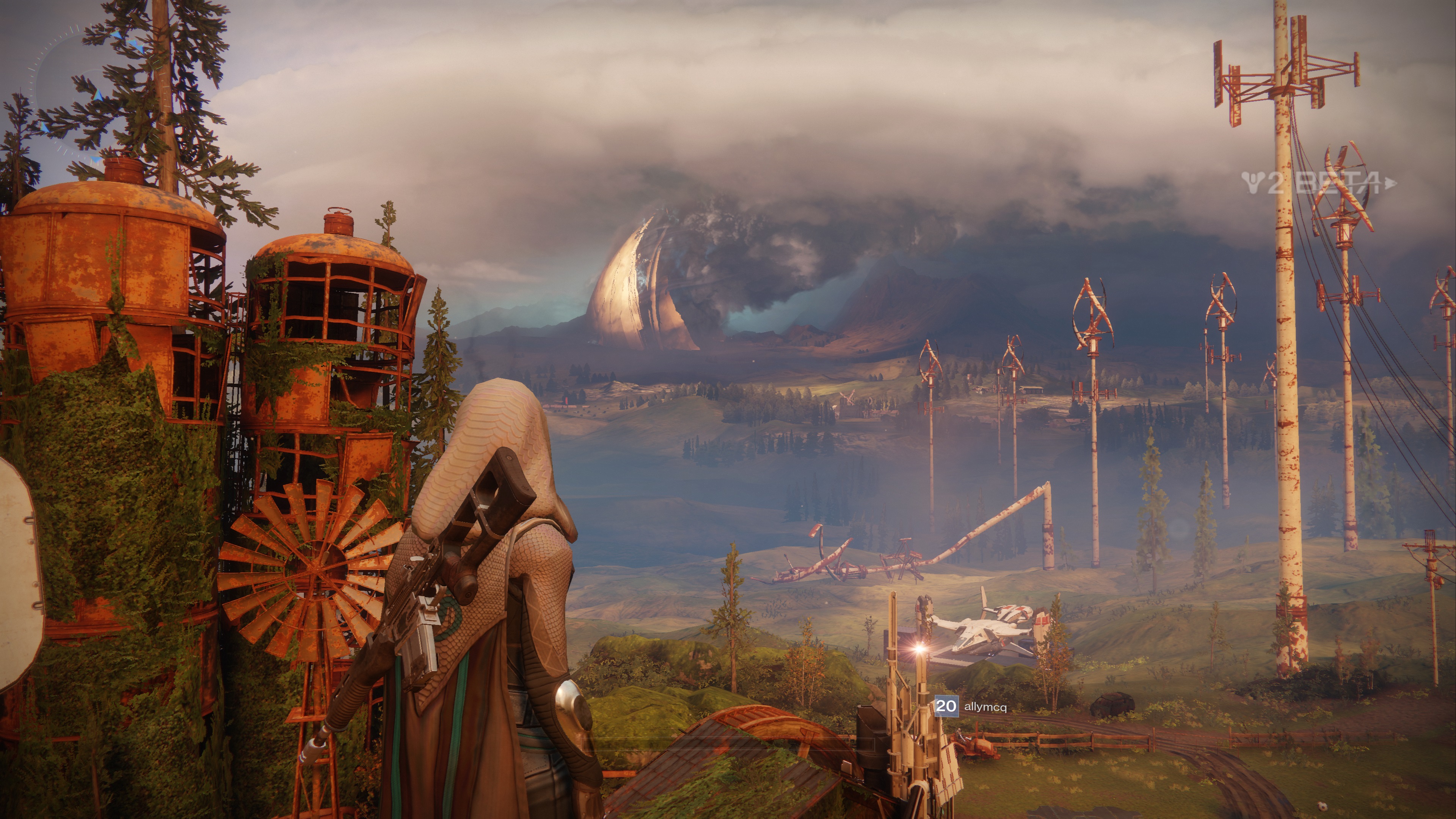 We know the Guardians have been kicked out of The Tower, and that the Last City has been overrun, but this can’t be what life is like outside of the city, can it?

Despite being out in the open, The Farm feels a lot smaller than the Tower. We know that the social space will evolve over time with NPCs coming and going as players’ stories progress, but having players venture outside the walls and into the settlements that these pioneers have created was an opportunity to create an aesthetic that straddles the clean, smooth lines of the Tower, and the wilderness that has sprouted up on Earth since the Darkness wreaked havoc on the solar system.

A few rundown buildings surrounded by trees is somewhat lacking in the architectural department. Perhaps The Farm isn’t representative of the quality of life outside of the walls, but the choice to go with rambling old shacks for the only social space at launch seems to be an odd one.

Bungie’s perplexing choices extend to the combat, with their focus now on PvP rather than PvE, which was the selling point of the series in the first place. It was presented as an MMOFPS, and the raids, Strikes, and Nightfalls were a part of that multiplayer experience.

As a PvE player for the majority of my time spent in the game, it sometimes felt like Bungie was softly nudging players towards PvP with exclusive rewards, but it seems that PvP play is something that Bungie is prioritising in Destiny 2, or at least concentrating on to a far greater extent.

The new Kinetic, Energy, and Power weapon slots have replaced the Primary, Special, and Heavy. At its most basic, this means that players will essentially wield two primary weapons, while secondary weapons like sniper rifles, shotguns, and fusion rifles will join rocket launchers, grenade launchers, and swords in the third slot, that has the most scarce ammo drops - although Bungie has said that power ammo drops will be significantly more frequent than in the beta.

These three weapon types dominated the PvP in Destiny and in an effort to redress the balance, they’ve been shuffled into the equivalent of the heavy slot, meaning they’ll be used a lot less. 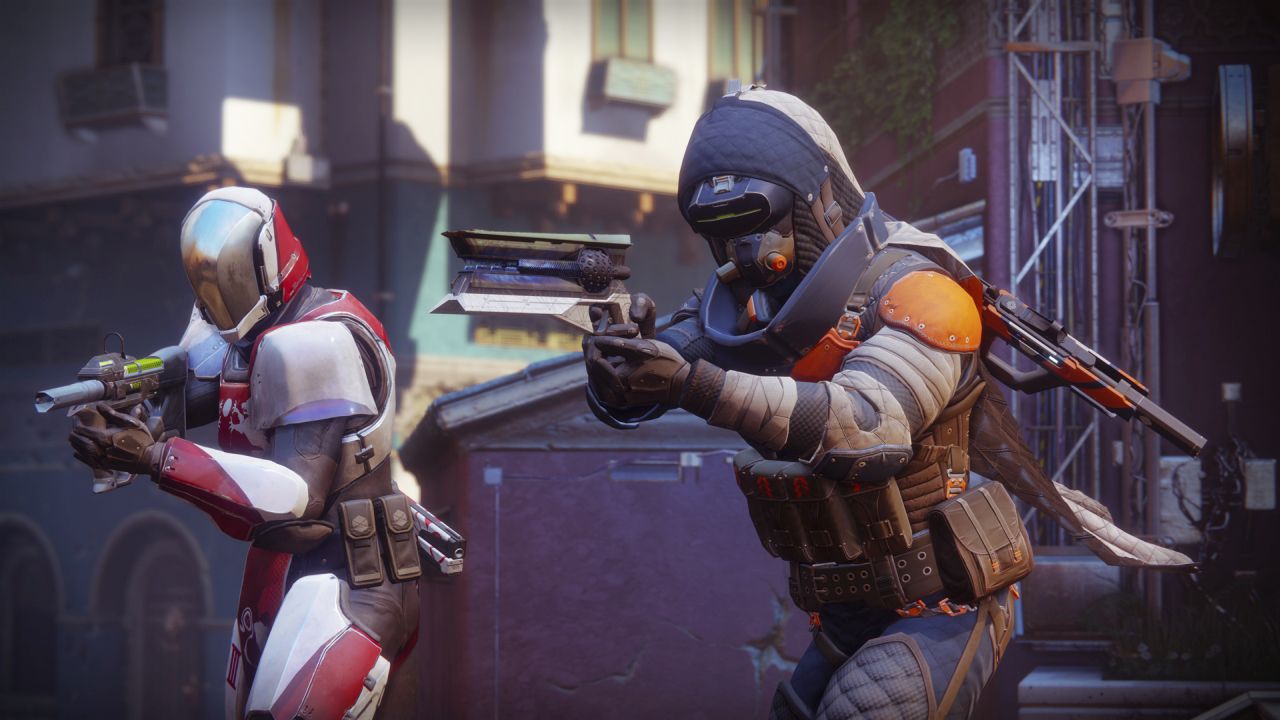 This is pretty crappy news for PvE players, and the community has been rather vocal on the topic.

Strikes and Nightfalls are going to be a nightmare if the beta is anything to go by, with players relying on primary weapons to take down bullet sponge bosses.

Tweaking such a major component of the gameplay to fix issues for a smaller PvP base at the cost of spoiling the fun for the larger PvE crowd seems like madness. I can’t see them scrapping the new system, so who knows how this is going to pan out for the full release.

Cooldowns on supers, melees, and grenades were equally annoying, taking an eternity to ready themselves, and the damage dealt wasn’t anywhere near what we’ve come to expect from our time in the first game.

Bungie has confirmed that “grenade effectiveness in PvE, Boss vitality, and weapon damage against non-player combatants” is something they’ve remedied in the beta build, but the supers and cooldowns haven’t been mentioned.

Take the Hunter’s Gunslinger subclass as a prime example of the problem. In PvP it’s fantastic. Watching it in action in PvE is just painful.

Sure, the Gunslinger’s Golden Gun can be upgraded to six shots now, but what does that matter in PvE, when enemies take two shots to kill?

As a general complaint, ditching three subclasses and replacing them outright to offer only two per class seems a little stingy for a sequel. A third new subclass at launch would be the smart move.

"Ditching three subclasses and replacing them outright to offer only two per class seems a little stingy for a sequel."

We didn’t get access to the vault in the beta, and even though we saw the Cabal trash the Tower - and all of our loot along with it - game director Luke Smith has confirmed the vault will be returning in Destiny 2.

A lot of players turned to third party apps to manage their vault in Destiny, sending items to the their vault or inventory via their smartphones because the game had no way for players to interact with the vault other than the social spaces.

Integrating vault access into the menu for the sequel would negate the need for such apps and is clearly at the top of a lot of players’ wish list. It wouldn’t hurt to expand the vault space either.

Overall, the beta was scant on content, and the changes to weapon slots, cooldowns, and damage have raised the most concerns, as has the tailoring of gameplay to PvP at the expense of PvE.

It’s all well and good to wait for release, but the beta gives players a good idea as to where a devs’ head is at, and if this is the direction they’re heading in, there’s going to a lot of disappointed Guardians out there come September.