Minecraft branded Xbox One? Sure, why not.

The hot new Project Scorpio Edition Xbox One X may have sucked up all the spotlight during Microsoft's gamescom 2017 presentation, but that wasn't the only limited edition console the Xbox team showed off.

The 1TB Xbox One S Minecraft Limited Edition Bundle comes with a cool paint job, a creeper-themed controller, a vertical stand and the Minecraft I Redstone pack.

It will be available from October 3, and can be pre-ordered from the Microsoft Store. Expect it to pop up on other retailers soon. It looks pretty cool - have a look at the video below:

If you're a Minecraft or Xbox faithful you probably clicked into this article full of righteous fury to tell me off for the headline about people who like dirt, but those were Microsoft's words, not mine.

Anyway, in addition to the console with its Creeper controller, Microsoft has produced a second Minecraft-branded Xbox One control pad. It's supposed to look like the pig, and it's kind of cute: 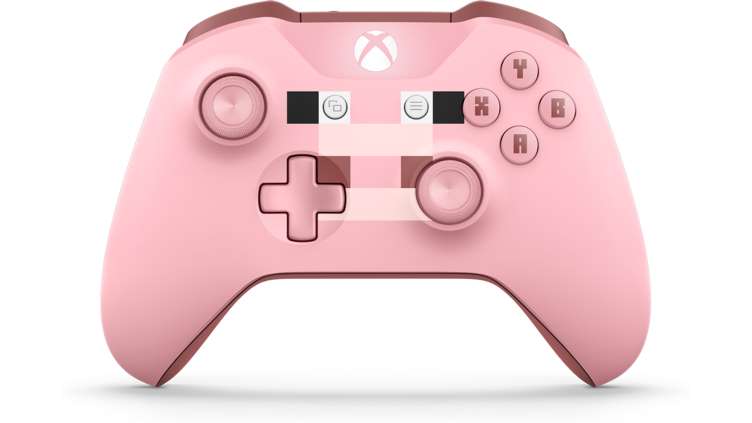 It costs £65 or local equivalent though, which is a bit painful. It releases September 12, and again you can pre-order direct from Microsoft.

Some really good-looking hardware coming out of gamescom 2017. Is this Microsoft's new strategy for gaining ground in Europe...?